Belgian authorities announced on Saturday that they have temporarily blocked timber from Gabon in the Port of Antwerp, due to concerns of illegality. The importer is now under investigation for suspected violations of the European Timber Regulation, which prohibits the import of illegal wood into the European market. The timber has been identified as padouk, a highly valuable precious tropical wood found in the Congo Basin rainforest, and was exported to Belgium by Chinese company Wan Chuan Timber Sarl (WCTS), destined for Belgian company Compagnie du Bois Anvers. WCTS has been the subject of investigations, arrests and fines related to forest crimes, and the company was featured in EIA’s recent “Toxic Trade” report as well as our May 2019 installment of the Raw Intelligence series highlighting the company’s pervasive engagement in corruption, money laundering, and tax evasion.

While EIA welcomes this initial action taken by Belgian authorities, EIA’s Director of Forest Campaigns, Lisa Handy, stated: “This looks like one of the most blatant violations of the EUTR we have seen to date given the evidence we uncovered in our investigation. There couldn’t be a more clear case of known and persistent illegalities over many years that importers should have acted upon, and authorities should stop and apply strong enforcement measures.” 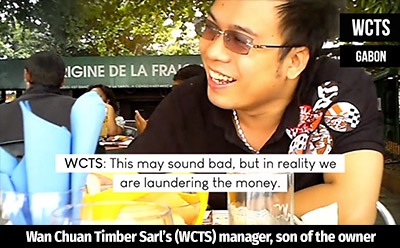 EIA undercover investigators found that WCTS has a reputation as one of the most brazen forest offenders among timber enterprises in the Congo Basin; this has been well known for years and should not come as breaking news for any European importers sourcing timber from Gabon. The Deputy Director General of WCTS was arrested by Gabonese authorities in 2017 during an investigation into the company’s illegal logging practices, and fined approximately $750,000 for – among other things – logging outside the management plan (already in areas not scheduled to be logged until 2029 and 2030). Soon after the arrest, the organization Conservation Justice filed a civil complaint against the company related to illegal logging and the millions of dollars in taxes the company evaded through illicit practices.

Handy said, “According to what WCTS’ manager told our undercover investigators, WCTS has exported a shipment of wood to Europe every two months for a number of years, with the port of Antwerp being a primary destination. Every WCTS shipment contains illegalities as the company’s problematic business model relies upon corruption, money laundering, tax evasion, and overexploitation of tropical forests.”

Compagnie du Bois Anvers, the importer of this latest shipment of WCTS timber, declared they would review their business with WCTS following the announcement of the investigation by Belgian Authorities. However, in light of WCTS’ persistent known forest crimes, the question must be asked why their timber has continued to enter the Belgian market. 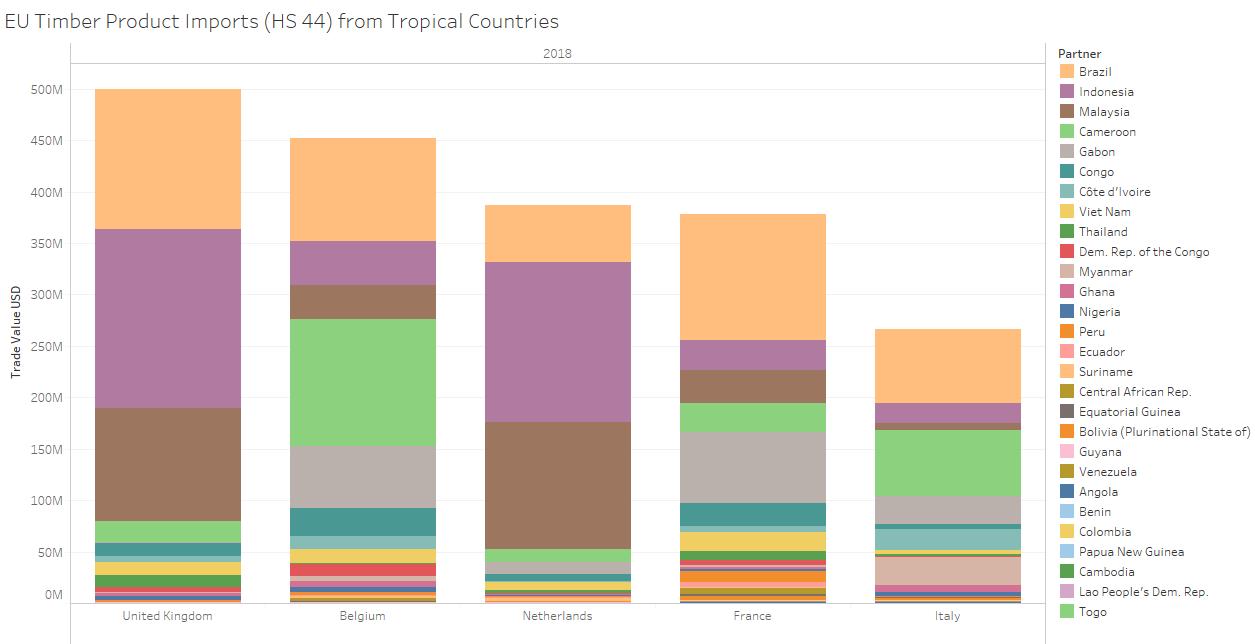 The Port of Antwerp has long been considered a “hub for illegal timber trade.” The Port reports handling “1.05 million tonnes of wood products” annually and is a destination for timber traveling onward to other European countries. But to date authorities have been reluctant to sanction importers and traders when illegalities were detected.

All EU countries have committed to the fight against illegal logging. As Europe’s top importer of tropical wood after the UK and joining France as the EU’s leading importers of timber from Gabon, Belgium is uniquely positioned to lead on ensuring that the EUTR is enforced so that only legally sourced timber can enter Europe. Continued allowance of the illegal trade undermines governance in forest countries and undercuts the growing global effort to transform markets towards trade in legally and sustainably sourced timber and wood products.

Illegal logging also exacerbates climate change, as companies like WCTS overharvest trees from Gabonese forests, leading to rapid deforestation of the Congo Basin, the world’s second largest rainforest and key reservoir for carbon. Stopping the trade in this illicit timber is, therefore, also important to fulfill the EU commitments on climate change.

Beginning in 2017 and more recently, the Gabonese government has been cracking down on corrupt logging companies and officials facilitating illegal trade. EIA now urges strong enforcement by Belgian authorities, in cooperation with Gabon, to fulfill their obligation to ensure that the laws in Gabon are respected and that stolen timber will no longer be tolerated in the European Union.