“Unite Behind The Science,” cries 16 year-old climate activist, Greta Thunberg, “that is our demand”. Ahead of the UN Climate Action Summit this week, Greta, along with millions of others, participated in the global climate strike last Friday. The strike called on our leaders to take action on climate change as they meet in New York City. According to experts we have just 12 years to respond to climate change, to limit global temperature rise to under 2°C, and to protect life on Earth as we know it.

Human-induced climate change is often discussed as the amount of carbon dioxide (CO2) in the atmosphere; but super-pollutant greenhouse gases, hydrofluorocarbons (HFCs) are several thousands of times more potent and more damaging to the climate than CO2. HFCs are cooling agents commonly found in refrigerators, air conditioners, and foam blowing agents. HFCs present a massive climate problem, but phasing them down offers the single most cost-effective, short-term, and fast-action strategy to addressing climate change.

Currently cooling is the largest user of HFCs, and by 2050 the demand for cooling is expected to triple. Among the largest corporate users of HFCs in cooling are supermarkets and other retailers. The average U.S. supermarket emits 875 pounds of HFCs each year equal to the CO2 from more than 300 cars. Voluntary action by supermarkets can help the U.S., in particular, fulfill its promise to reduce greenhouse gas emissions and meet global climate commitments under the Paris Agreement and Montreal Protocol.

While most of the supermarkets in the United States lag significantly behind the rest of the developed world, some U.S. supermarkets are taking the lead on sensible climate action by transitioning to HFC-free cooling. Aldi U.S.A. is among the leaders, having adopted HFC-free cooling in hundreds of stores and committed to a hundred more by the end of 2019. Other large-scale retailers, like Whole Foods, Ahold Delhaize, Target, and Sprouts Farmers Market, are also adopting climate-friendly technology and refrigerant management best practices. Look at our updated climate-friendly supermarkets map to see which U.S. companies go above and beyond by using 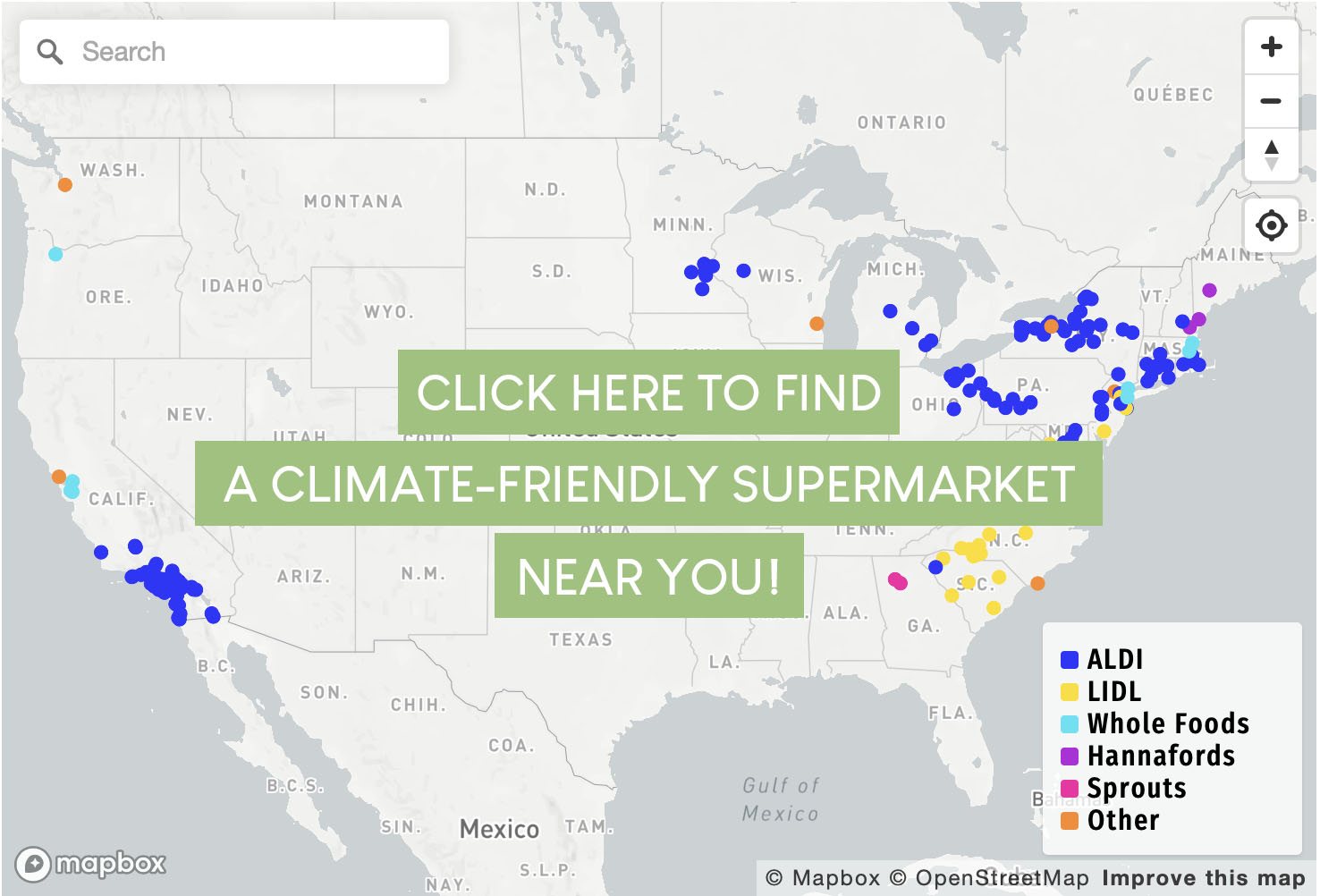 Search for your zip code or address to find a store near you.
Is your local supermarket on our map? If not, that’s likely because the majority of U.S. supermarkets are not taking the bold action we need to combat the climate crisis, even though solutions exist. Here are a few Climate action items for you and your supermarket: