New updates to Romania’s Forest Inspector public website, released today, mark a significant step forward in the involvement of Romania’s people in the fight against illegal logging mafias in their country.

Around the world, as awareness of the serious consequences of rampant deforestation has grown, pressure has increased for improved transparency and traceability in supply chains for deforestation-related products, including timber. With the 2016 release of its Forest Inspector website and mobile application, Romania leapt to the forefront of this global movement, through its map-based presentation of all timber transports in Romania in real time.

In 2017, the subsequent government removed significant amounts of data. Today, the new government has unlocked these, along with many additional features that had been envisioned in the 2016 design. 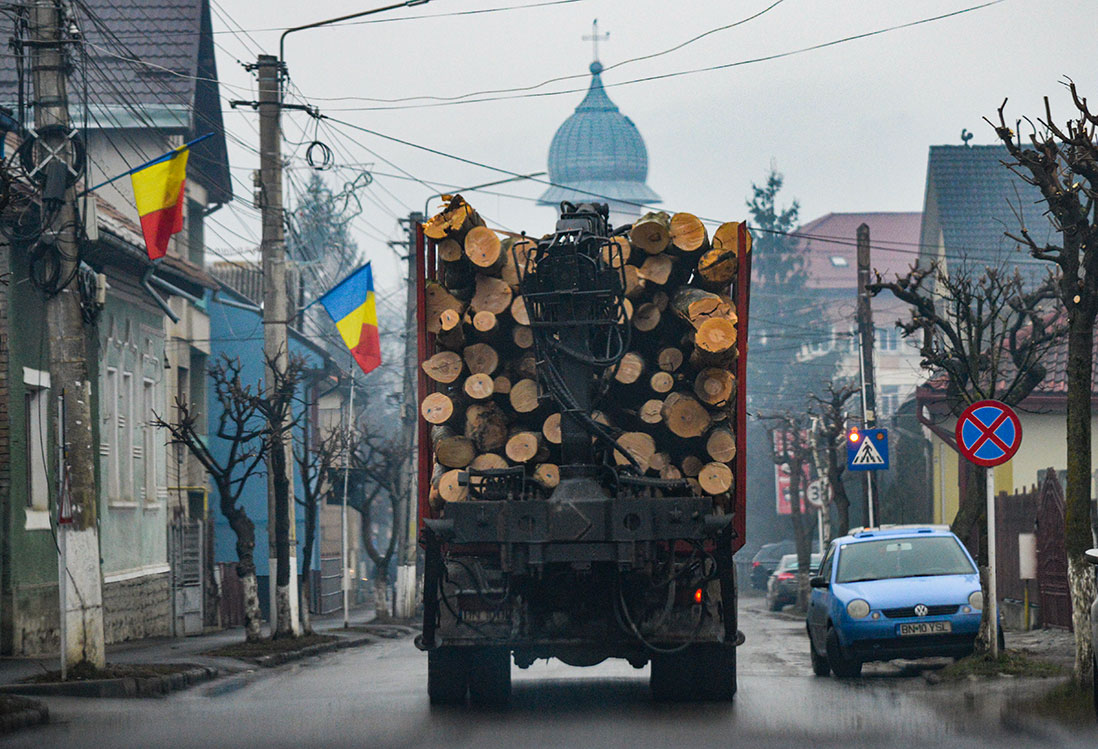 Today’s updated Forest Inspector combines real-time transparency of timber transports with new information showing the location and details of forest management plans and harvest authorizations. Map layers show the geographical boundaries of all state-owned managed forests, along with many private ones.

The new system allows a user to search by the harvest authorization number (APV), showing a list of trucks that came from that permit. Civil society can now use this function to find out if the harvest quota has been filled, and help report these cases to the Forest Guard. It also shows company ownership info for timber transports, providing for increased accountability, along with improved traceability for buyers.

One key feature in particular is that users can now query historical timber transports. This feature allows the public to see not just a snapshot of a possible single illegal activity, but to look back in time to see underlying trends. 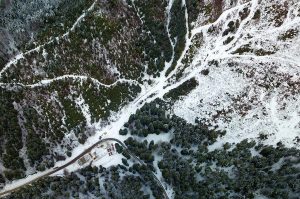 The government’s action comes at a critical time for forest conservation in Romania. Despite efforts to improve forest governance in recent years, including a newly drafted Forest Code and a restructured Forest Guard, the scale of illegal logging within this European Union member country remains severe.

Earlier this year, the Ministry publicly confirmed data from the government’s recent National Forest Inventory demonstrating that every year over the past 10 years, twice as much timber has been cut in reality than was legally authorized – meaning that over 50% of the timber on Romania’s market was illegally cut. Previous government studies have come to similar estimates, which are in line with the conclusions of EIA’s 2015 report, Stealing the Last Forest.

Romania’s government faces possible infringement proceedings brought by the European Commission, due to reports showing that the government has authorized the cutting of hundreds of thousands of cubic meters of timber in protected Natura2000 areas without proper Environmental Impact Assessments.

Romanians across the country remain under lock-down as part of government efforts to slow the spread of COVID-19. However logging has continued, and there have been numerous reports of increased illegal activity in recent weeks, raising the urgency of effective measures from the government.

The addition of a few key elements would make the Forest Inspector a truly powerful tool for fighting illegal logging and for promoting sustainable forest management. Chief among these is to include fully updated data through to the present day. While data for all timber transports has been added continuously since 2014, harvest authorization information and satellite alerts have ceased to be added since 2017. Updated harvest permit locations combined with real-time satellite-based deforestation alerts can show the public immediately if logging is actually happening outside of authorized boundaries.

Finally, harvest permits must be linked to permits for the transport of timber from those forests. This information will allow the public to see clearly if a log truck came from a site far away from the forest it claims to be from, and will engage the public to prevent the fraudulent use of transport documents to cover illegal timber cut in different locations.

Romania’s government continues to develop a new system for forest traceability and transparency of the forest sector. Statements from the Ministry indicate that this new system, to be released in June 2020, will contain full information from the current system, along with significant improvements in data access.

Every new step forward brings a risk of push-back from the forest mafias and others who benefit from an opaque system. There is little doubt that in the coming days and weeks, their voices will rise with new excuses to reduce public transparency. Despite this pressure and the challenges ahead, it is imperative that the Romanian government stays strong and pushes forward the successful development and release of the new SUMAL 2.0 system this summer as planned.

The Romanian people deserve a transparent forest sector that allows traceability for companies, and that engages civil society and local communities in the fight against illegal logging. EIA stands with the Romanian government and its people to make this system a reality.