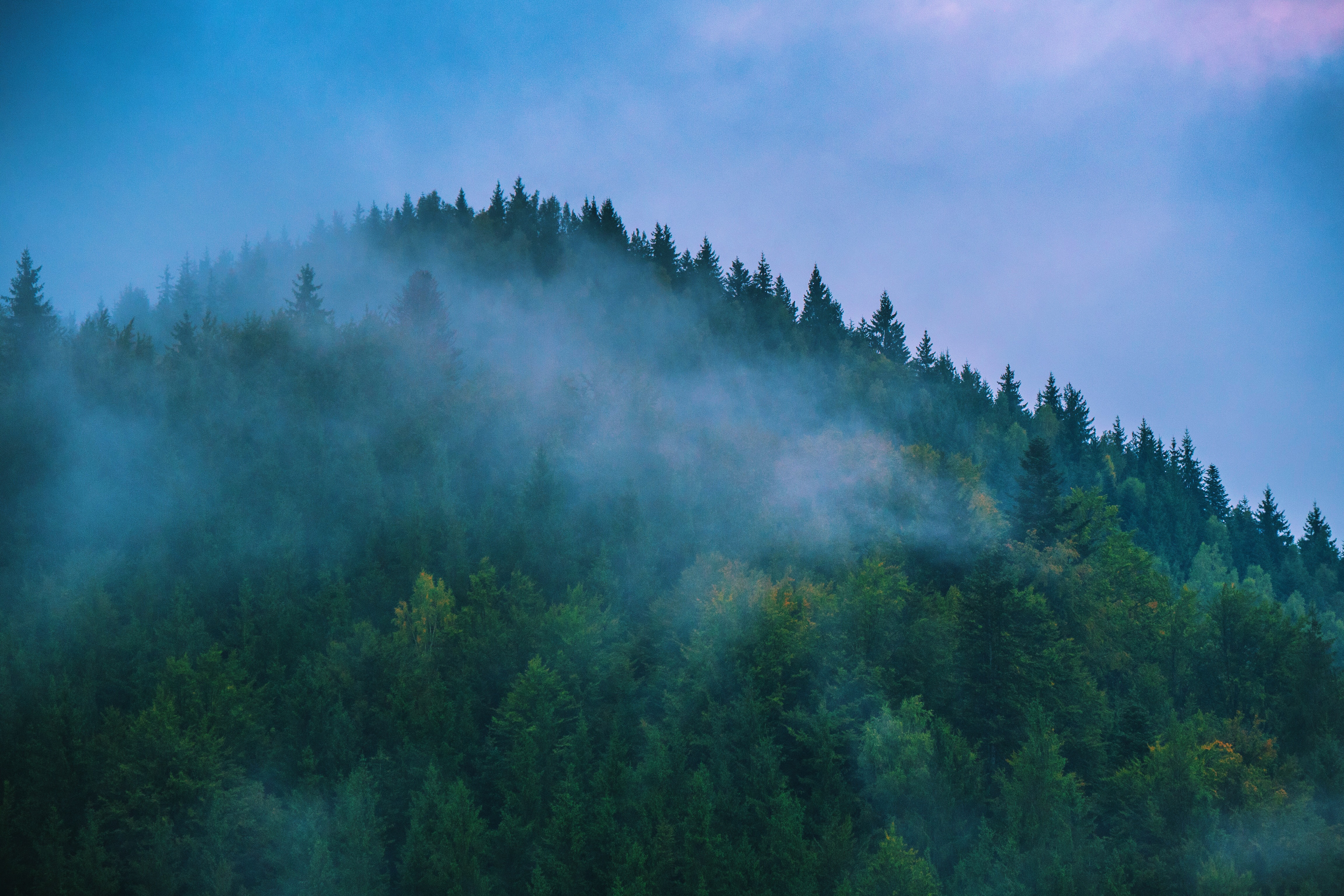 Romania is home to some of the last old growth forests in all of Europe.

Now that the Forest Stewardship Council has cut ties with Holzindustrie Schweighofer over illegal activities in Romania and three of Europe’s largest DIY chains have dropped the company from their suppliers, why is the PEFC still covering up for the Austrian timber giant?

The Programme for the Endorsement of Forest Certification, or PEFC, is a certification system for wood and paper products which bills itself as the “world’s leading forest organization.” PEFC certifies around 300 million hectares of forest worldwide, the largest area of forests by any certifying body. The organization has struggled for years to defend itself against criticism for its weak standards. The case of one of its largest members, the Austrian timber giant Holzindustrie Schweighofer (Schweighofer) provides the most recent example of PEFC’s inability – or unwillingness – to act against a member company in the face of clear and undeniable evidence of extensive sourcing of illegal timber.

Schweighofer is one of the largest timber processors in Europe and the largest in Romania. The Austrian company has invested heavily in Romania since 2002, transforming the country’s softwood resources into sawn lumber, laminated panels, and pellets largely for export to Japan, the Middle East, and Europe. However, the company’s business model in Romania, where it buys from over 1,000 individual suppliers each year, continues to fuel widespread illegal logging and corruption in the country’s forest sector, with severe consequences for Romania’s threatened old growth forests, wildlife, and for the long-term viability of the Romanian forest products industry. The Environmental Investigation Agency (EIA), as well as journalists in Romania and elsewhere, have written extensively about Schweighofer’s illegal activities in Romania in recent years. The company’s primary defense has been its PEFC certification, which it claims “guarantees” the absence of illegal timber in its supply chain.(1)

In April 2015, EIA released an undercover video that showed Schweighofer’s top sourcing officials knowingly accepting offers of illegally cut timber. The following month, the Romanian government began an in-depth investigation into the company for links to illegal logging and suspicion of participation in organized crime. In October 2015, EIA released the investigative report Stealing the Last Forest, documenting in detail Schweighofer’s various illegal practices in Romania. In February 2017, the Forest Stewardship Council (FSC) disassociated from Schweighofer following a year-long investigation, which found that the company sourced illegal wood from criminal suppliers, had an inadequate Due Diligence system that could not exclude illegal timber, and had developed a company “culture” favoring cheap wood over legal wood.

The FSC’s decision came after a dedicated expert panel investigated a formal complaint by WWF Germany, based largely on EIA’s report and evidence from a number of other Romanian and international NGO and media sources. FSC’s Policy of Association prohibits it from associating with companies that are involved in illegal logging. The 110 page-report by the FSC panel validated the evidence brought against Schweighofer and recommended that the FSC disassociate itself from the Schweighofer Group.
Schweighofer’s customers have taken note: three of the Europe’s largest DIY companies have now dropped Holzindustrie Schweighofer as their supplier. After German-owned Hornbach and French multinational Leroy Merlin stopped sales of Schweighofer products in their Romanian stores, Kingfisher’s subsidiary Brico Depot announced in March 2017 that it will also stop buying from the Austrian timber giant. The Austrian supermarkets of Europe’s SPAR also dropped Schweighofer products in 2016. Meanwhile, the PEFC continues to cover up for Schweighofer. 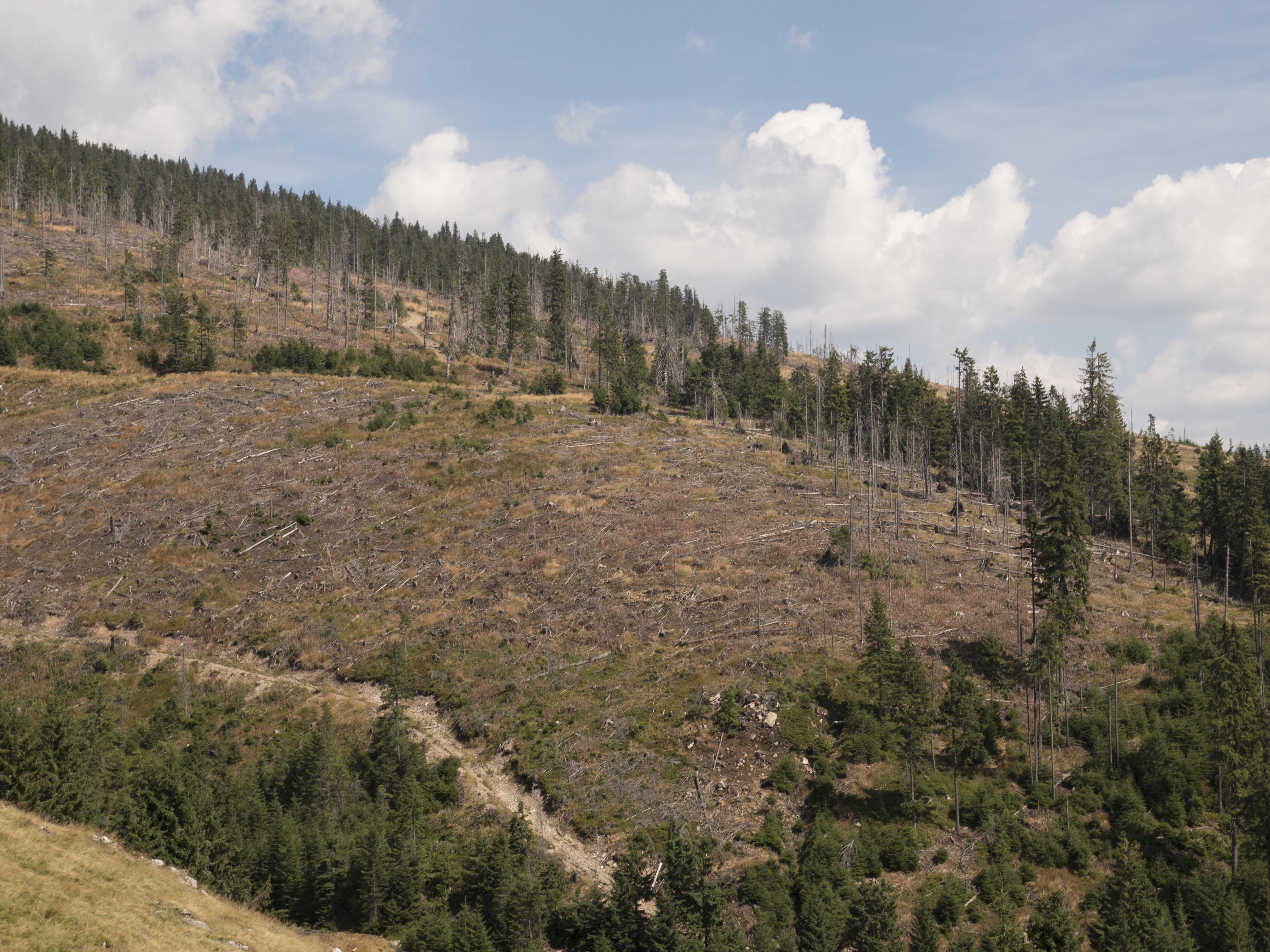 Above, an image of clear cutting in Romania’s forests

Since 2014, Schweighofer has proudly advertised its PEFC Chain of Custody (CoC) certification. On its website, the company boasts that the “internationally recognized PEFC™ certification guarantees that the wood products come from sustainably managed forests [emphasis added].”(2) Prospective buyers are assured that “all wood that is processed by Schweighofer Group comes from PEFC controlled sources – without exception.”

In 2015, following EIA’s video release, PEFC international filed a complaint to Schweighofer’s certifying body Holzforschung Austria and requested an investigation into Schweighofer’s illegal activities in Romania. Despite the overwhelming evidence that was already in the public domain, Holzforschung Austria concluded that there was no evidence of non-compliance with PEFC standards.

As EIA wrote in Stealing the Last Forest, PEFC certification is inadequate to deal with the reality of illegal logging and corruption present in so many forest-producing countries around the world. PEFC’s claim that is has “a stringent safeguard mechanism for the avoidance of raw material from controversial sources” is not borne out in reality – and neither the EUTR nor the U.S. Lacey Act accept PEFC certification as adequate Due Diligence. PEFC’s Chain of Custody certification is largely based on a paper-gathering exercise, and field inspections appear to be extremely rare.

PEFC certification is based nearly exclusively on information provided by the companies themselves, and the system doesn’t provide a functional or transparent complaints and auditing mechanism. Complaints are sent informally by PEFC international to PEFC’s national chapters, who then request that certifying bodies investigate their own certificates. Respective audit reports are not publicly available.

“Everybody knows each other”

PEFC’s blind support for Schweighofer, despite all evidence to the contrary, appears partly understandable considering its lax standards and close ties to the industry they claim to independently assess.

The case of Austria illustrates how closely intertwined the PEFC is with commercial interests: PEFC Austria is chaired by a representative of the Austrian Paper Industry Association, Austropapier, whose board also features the CEO of Schweighofer Fiber. PEFC funding comes from the timber and paper industry.

Certain personnel overlaps and long-standing relationships between Schweighofer and the certifier itself might be another hint as to why the Austrian PEFC is so reluctant to let go of its favorite client: Georg Erlacher, ex-president of certifier Holzforschung, has been a high-level manager at Schweighofer since 2015, and now oversees the company’s Romanian forest operations. He also sat on the board of the certifier at the time Schweighofer was evaluated for its PEFC certificate. The Director of Holzforschung Austria is Dr. Hans Brandstätter, a long time member of Schweighofer’s Jury, which awards the annual “Schweighofer Prize.” In an interview with Romanian media, Schweighofer’s CEO Gerald Schweighofer acknowledged that Brandstätter receives financial compensation from his company for his work on the jury and confirms his long-standing relationship with the head of the Certification Body: “I know him for a long time. We both grew up in the lumber business. His father had also a small sawmill not so far from ours. In the Austrian timber processing sector everybody knows each other.”

CEO Gerald Schweighofer evades the reporter’s question about the likelihood that Brandstätter would take away his certificate in case of violations. 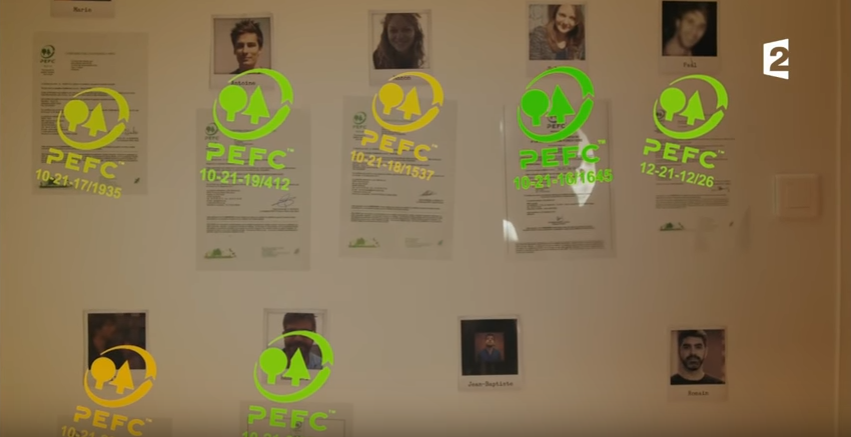 In January, 2017, France2 TV’s “Cash Investigation” program released a special report on the global timber sector, focusing on Romania and Indonesia.(3) To test the value of PEFC certification, Cash Investigation’s staff members mailed in official requests for a series of absurd locations to be certified as forests by PEFC. Most of their submissions were apparently approved by mail with no questions asked – sites including a pig farm, a nuclear power plant, an airport, a supermarket parking lot, and France’s largest open air night club – sites which could hardly be considered forests nor were owned by the journalists.

When France2’s journalist confronted PEFC’s Secretary General Ben Gunneberg with the evidence against Schweighofer, Gunneberg responded, “If Schweighofer is involved in any violation of the PEFC rules, it deserves to be suspended or excluded from PEFC.”