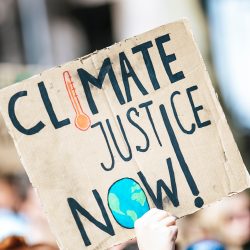 With the adoption of a new safety standard today by Underwriters Laboratories (UL), U.S. consumers are one step closer to being able to purchase household refrigerators free of climate damaging hydrofluorocarbon (HFC) refrigerants. The HFC-free refrigerators will make less noise, be substantially more energy efficient, and avoid millions of metric tons of CO2 equivalent emissions annually.

Each year consumers purchase about 12 million new household refrigerators and freezers in the United States. These appliances use a refrigerant called HFC-134a, a potent greenhouse gas that contributes more than a thousand times per molecule to global warming compared to carbon dioxide. Replacing HFC-134a in new purchases with a climate friendly refrigerant can avoid emissions of up to 3.7 million metric tons of direct CO2 equivalent.

For over a decade, other countries have been using household refrigeration appliances that contain hydrocarbon refrigerants, which have almost no climate impact and are significantly more energy efficient than HFC technology. Earlier this year, the U.S. Environmental Protection Agency (EPA) awarded an Energy Star Technology Award to one company for its new line of hydrocarbon refrigerators. In fact, there are more than two billion hydrocarbon fridges in use around the world that are 10% more energy efficient than HFC models. However, the U.S. market has been lagging behind due to an outdated and overly restrictive standard (UL 250) that has prevented these hydrocarbon fridges from entering the market. EIA called attention to this issue in a briefing released last year, Bringing the U.S. Fridge Market into the 21st Century.

Now, UL has adopted a new safety standard, UL 60335-2-24 Edition 2, that will replace UL 250. The new standard allows household fridges and freezers to use up to 150 grams of hydrocarbon refrigerants like propane and isobutene, which is in line with the requirements that have allowed these products to proliferate safely around the world. Manufacturers will now be free to sell these appliances in the United States as well, provided that the EPA updates existing regulations to incorporate the new safety standard. Current EPA regulations will phase out HFC-134a in 2021, but allow only 57 grams of hydrocarbons according to the UL 250 standard, which is too small to allow cost effective and energy efficient manufacturing. Since the UL250 standard will be retired and replaced next year with UL 60335-2-24, the EPA must act quickly to prioritize a review of the new standard.

The revision of the UL refrigerator standard is just one part of a much bigger picture, with more progress needed in a number of other types of equipment and products. Other standards for air conditioning and commercial refrigeration equipment also need to be updated in order to allow for safely expanded charge sizes.

There was growing consensus in the lead up to the Kigali Amendment of the Montreal Protocol last year that updating industry standards to allow for uptake of low global warming potential (GWP) refrigerants is paramount to successfully phasing down HFCs and unlocking energy efficiency benefits. Stakeholders and technical experts will gather to discuss many of the remaining key issues at a special workshop on standards in July alongside Montreal Protocol meetings in Bangkok, Thailand.