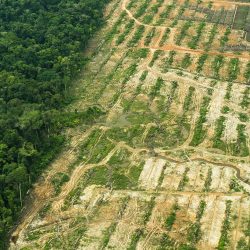 Was the CEO, Gerald Schweighofer, aware of this attempted cover up with Germany’s most prominent weekly publication? Presumably, approval is required from the company CEO when internal emails are shared, particularly when a magazine is writing an investigative piece about potential criminal actions by the company.

Gerald Schweighofer has issued a statement that EIA’s video was “excessively cut” and “misleading”, but Der Spiegel viewed the full undercover footage and came to the same conclusion as EIA: the leadership of Schweighofer’s Romanian operations knowingly accepts illegal wood and offers bonuses for it. EIA has informed Schweighofer that it will not be providing the company with any further footage.

Gerald Schweighofer further stated that EIA’s evidence represents “statements of a company employee.” EIA emphasizes that the employees shown in the video are the company’s most senior managers overseeing all wood purchasing in Romania, including Karl Schmid, the purchasing manager of 13 years, and his deputy.

“It’s unfortunate that the company’s first instinct was to try to cover up the truth,” said Alexander von Bismarck, Executive Director of EIA-U.S.

The Romanian Parliament is actively debating proposed revisions to the country’s existing forest law. Gerald Schweighofer sent a letter to the Romanian prime minister in September of last year, threatening to sue the Romanian government in international courts if the law was not amended to the company’s advantage.

This week, 34 non-governmental organizations delivered a [joint open letter to Austrian embassies and consulates] in Brussels, London, Paris, Milan, Vienna, Dublin, Prague, Rome, Munich, Madrid, Montreal, Toronto, Bucharest, and Timisoara. The letter concludes, “We do hope that the Austrian state, which you represent, doesn’t approve and support such practices of a company ignoring national and European legislation.” A petition for the new forest law to pass without amendment has also been signed by a broad cross-section of civil society. Protests are planned this weekend for more than ten cities throughout Romania.