EIA is working to reduce the risks that shipping poses to belugas and other Arctic whales, especially the looming threat of a heavy fuel oil spill

As the Arctic Ocean continues to warm and sea ice recedes, shipping in the region is likely to increase. Utilizing routes like the Northern Sea Route along Russia’s northern coast, and eventually the Northwest Passage through Canadian and American waters, large shipping vessels can cut thousands of kilometers off of a trip from Europe to Asia. By one estimate, traffic in and out of the Bering Strait is projected to increase by 100-500 percent by 2025. 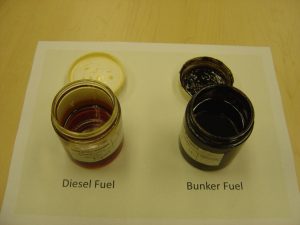 However, this shortcut poses a serious danger to the Arctic’s beluga whales. Many large shipping vessels use Heavy Fuel Oil (HFO), which is both toxic and viscous. When HFO spills like the 1989 Exxon Valdez spill occur, the oil does not dissipate, but remains in the marine environment far longer than other fuels. For belugas that return each year to the same estuaries, a large HFO spill could be disastrous for the entire population.

With its partners, EIA has called on the International Maritime Organization to act now and ban the use of heavy fuel oil in the Arctic. Check out our infographic on the impact of HFO and the solutions the IMO should pursue below.