Parties to the Montreal Protocol met in Bangkok this week in an Open Ended Working Group (OEWG) for the first time since October 2016, where all countries of the world together agreed to phase down super greenhouse gases, HFCs, under the Kigali Amendment. The Kigali Amendment, if implemented successfully, could avoid emissions of over 70 billion tonnes of carbon dioxide-equivalent (CO2e) by 2050. Over the past week, Parties began work to figure out the critical elements needed to implement the Amendment.

Three key issues stood out among the number of topics under discussion:

Other conversations included reporting data and destruction of HFCs, which will be continued at the next meeting. This week was preceded by the meeting of the Executive Committee of the Multilateral Fund, where important guidance work was completed regarding cost guidelines, enabling activities, and a study on the most cost effective ways to destroy HFC-23, a super potent by-product of HCFC-22 production, with a GWP 14,800 times that of carbon dioxide.

The next time Parties will meet will be in Montreal this coming November, when the Protocol will also be celebrating its 30th Anniversary. If we have learned anything from the last 30 years of success of the Montreal Protocol, it is that a global agreement, regardless of how well intended, cannot meet its full potential unless it is accompanied by robust implementation. Well begun is half done! 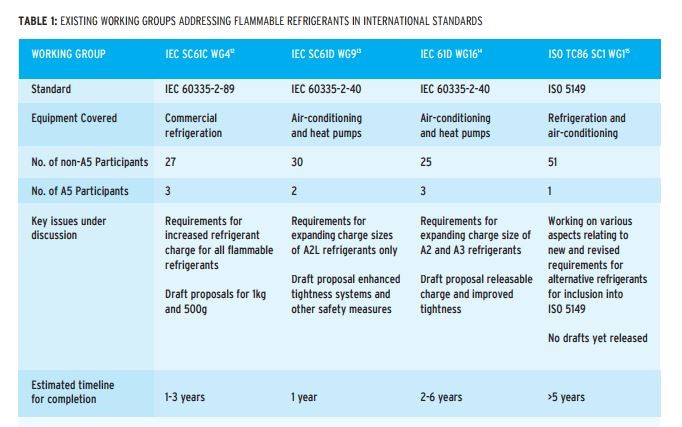 A breakdown of some of the discussions at the 39th Open Ended Working Group, with particular regard to standards