The evidence against Lumber Liquidators, the U.S. wood products company currently under investigation by U.S. federal authorities for alleged violations of the U.S. Lacey Act, continues to accumulate. Senior executives of the Russian timber company “Beryozoviy,” which supplied high value timber to Lumber Liquidators, were found guilty by a Russian court in December 2014 of 15 counts of illegal logging occurring between 2010-2012 and of participation in a criminal network.

In September 2013, the Department of Justice initiated a federal investigation of Lumber Liquidators for alleged violations of the U.S. Lacey Act, which prohibits import of illegally sourced timber, regarding imports of oak flooring illegally sourced from key Siberian tiger habitat in eastern Russia. The sentencing of one of Lumber Liquidator’s key suppliers for illegal logging appears to provide new evidence in the ongoing investigation.

With this conviction, the Russian government has taken decisive action against a documented Lumber Liquidators’ supplier. In its conviction, the court stated that the logging company Beryozoviy was a front created by an organized criminal group for the express purpose of illegal logging. Russian courts found that Beryozoviy conducted at least 15 separate instances of illegal logging between 2010-2012, a time period for which Russian customs records show that Beryozoviy was a supplier to Xingjia, and during which U.S. import records show that Xingjia was a supplier to Lumber Liquidators.

The Russian court also found that Beryozoviy was responsible illegal logging both within and outside of the company’s logging concession, located approximately 200 km north of the regional capital, Khabarovsk. Russian forest authorities estimated that over 1,500 cubic meters (m3) of valuable timber was stolen, which resulted in 66 million rubles (approximately $2 million USD) of associated damage to the economy and the environment. In one instance, the loggers strayed out of the forest lease and stole 327 m3 of valuable hardwoods from within Khoso Natural Park (Map 1), a protected area that contains the northernmost breeding grounds of the endangered Siberian tiger in Khabarovsky Province.

The court sentenced the director of this criminal group to 15 years imprisonment in a penal colony, and handed down similarly strong punishments to the other four leaders. This verdict concluded a four-year investigation by Russian federal prosecutors into Beryozoviy, initiated as part of a nation-wide federal crackdown in response to what President Putin and other senior officials have recognized as wide-spread illegal logging and corruption. This is the first known conviction of illegal loggers under Russia’s strict anti-organized crime laws.

In multiple meetings with undercover EIA investigators, Xingjia officials described their practices of illegally harvesting high value timber in and around their own concessions (Figure 1) and sourcing the vast majority of their stocks from trading companies throughout the Russian Far East that provide no documentation for proof of origin or evidence of legality. In response to EIA’s request for documents that verify the origin of the timber Xingjia was selling, Xingjia provided undercover EIA investigators with copies of permits for a concession belonging to a company called “Beryozoviy LLC,” located in Khabarovsky Province. Russian customs records show that 100 percent of Beryozoviy’s listed timber exports in 2011 were purchased by Xingjia. 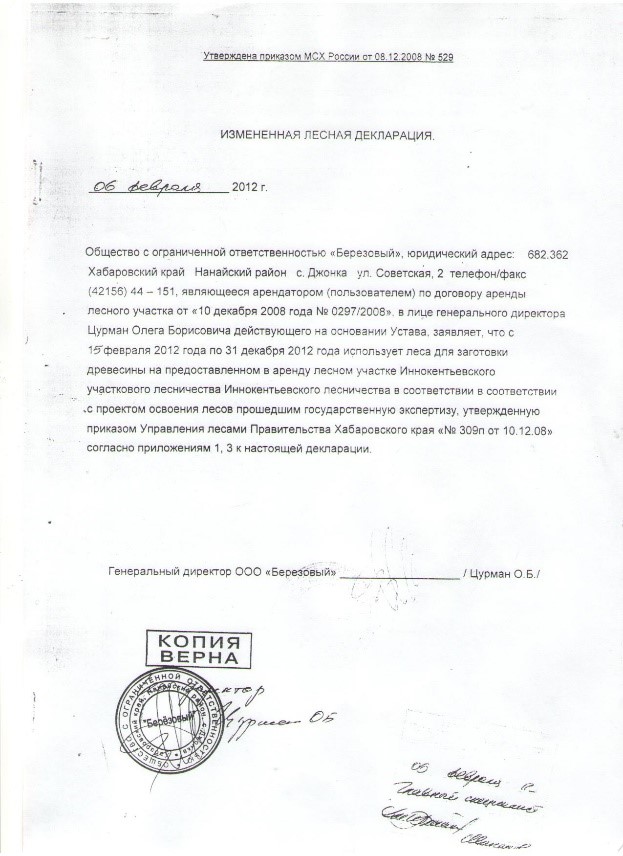 Figure 1: Document provided by Xingjia officials to EIA investigators as proof of their legal harvesting. The document is a concession permit by Beryozoviy, a Russian company recently convicted of organized crime and illegal logging.

The investigation by Russian law enforcement officials also reveals a close connection between Xingjia and Beryozoviy. In one instance, Russian law enforcement officials were able to identify the log yards to which illegal timber was trucked. One yard is located on Tsellinaya Street, a short street in an industrial suburb of Khabarovsk. During a visit in 2012, EIA investigators were escorted by Xingjia officials to the largest of the sawmills, at number 8b Tselinnaya Street (Figure 2). 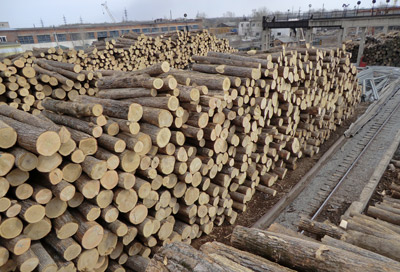 Figure 2: Xingjia’s log yard in Khabarovsk, at 8b Tselinnaya St. Xingjia owns at least 4 of the 5 sawmills on this short street, identified as the intended destination for some of the illegal timber seized from Beryozoviy.

The Russian government is taking aggressive action to curtail the criminal forces that continue to decimate its unique and valuable forces. However, these efforts are unlikely to deliver significant impact for the forests of the Far East if cheap, illegal wood products are still welcomed by the international market. The United States, which remains a key export destination for timber from Russia, must take action to hold accountable those which are found to be sourcing illegally harvested timber, in violation of U.S. law.

To read in Chinese: