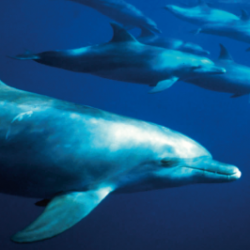 The Montreal Protocol’s Open Ended Working Group (OEWG) meetings, with a special focus on hydrofluorocarbons (HFCs), take place in Bangkok next week. EIA’s team will be at these meetings and I sat down with our in-house international climate policy expert, Avipsa Mahapatra, to help us understand why these meetings are being held and why HFCs are taking center stage.

Maggie Dewane [MD]: So what’s the Montreal Protocol and the OEWG?

Avipsa Mahapatra [AM]: This year marks 30 years since the adoption of the Vienna Convention for the Protection of the Ozone Layer, the framework agreement which gave birth to the Montreal Protocol, which established to phase out the chemicals that were destroying the ozone layer. The Montreal Protocol hosts one Open Ended Working Group per year—usually in the summer— in addition to its annual Meeting of the Parties, typically held in November. This OEWG is of particular interest because it is a supplemental negotiation platform to the OEWG that is planned for July. At last year’s Meeting of the Parties in Paris, countries agreed for the need to host an additional OEWG to discuss hydrofluorocarbons, or HFCs, which are precisely the super potent greenhouse gases EIA has been working on for about a decade. The Montreal Protocol has only held two other special meetings like this in its 30-year history.

MD: Who will be attending these meetings?

AM: The Montreal Protocol is the only environmental treaty with universal ratification, with 197 countries participating. All of the parties to the Montreal Protocol attend these meetings, along with many technical, economic and scientific experts, several members of various UN implementing agencies, and some NGOs as well.

MD: Can you remind us what HFCs are exactly?

AM: HFCs are man-made fluorinated chemicals that do not deplete the ozone layer but are potent greenhouse gases. Due to their ozone layer-friendliness, HFCs have been used as replacements for many ozone-depleting substances including CFCs and HCFCs in the air conditioning, refrigeration, foam-blowing, fire suppression, and aerosol sectors. There are alternatives available to phase out HFCs around the world, however. We have the opportunity to mitigate between 100 and 200 billion CO2 equivalent tonnes by 2050 by phasing down these gases! Most of the legal or technical obstacles cited as reasons to not commit to a phase down, are actually manifestations of lack of political will.

MD: What does EIA hope will happen at these meetings?

AM: [As we saw in Paris], multilateral action on HFCs now has the support of an overwhelming majority of nations and this will be the year to translate that majority support into a meaningful agreement. There are prospects for real and exciting progress in this meeting.

However, an amendment to the Montreal Protocol will not just come out of one meeting in 2015. It will come out of meaningful negotiations that work through the key issues, and this is a first, and very critical round of those negotiations. The meeting will also be preceded by a two-day workshop on HFC management, including a focus on technology for high-ambient temperature climates and safety requirements, as well as energy efficiency.

MD: What will EIA be doing there to make it a successful event?

AM: As the international community heads towards a milestone climate change agreement at the UNFCCC Conference of the Parties in December 2015, the Parties to the Montreal Protocol stand poised to begin negotiations on the most immediate, cost-effective, and tangible global measure to address climate change: the phase down of HFCs. EIA will be ensuring that discussions on how to structure and finance a global agreement are considered with regard to all parties. We will also be playing the role of a bridge between developed and developing countries to ensure that a fair, robust, and ambitious agreement is reached this year. Every year that passes without a deal to end HFC use is another year lost in the increasingly difficult struggle to contain climate change.

MD: Are there any new developments that we are yet aware of?

AM: Actually, we just received word that India, which has historically been opposed to an amendment to the Montreal Protocol to address HFCs, has submitted its own proposal. This is a complete 180⁰ by India—this time in the right direction—and signals their willingness to negotiate. The European Union is also expected to submit a proposal. Multiple proposals on the table are clear indication that there has been significant political progress on the issue of HFCs, and instead of questioning if HFCs should be addressed under the Montreal Protocol, countries are trying to answer how to address them.