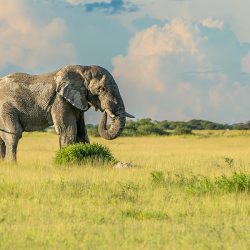 Yahoo! Japan and Ivory: A Win for Elephants

For years, Yahoo! Japan hid behind the Government of Japan’s legal domestic ivory trade, but Japan has failed to control its own domestic market. Unregistered, and thus, illegal, ivory was commonly sold on Yahoo! Japan’s online shopping and auction sites. At least 93 percent of all ads on the shopping site were for ivory hanko name seals, which were known to be produced in significant numbers from illegal ivory tusks. In 2015, ivory sales on Yahoo! Japan Auctions earned nearly US$7 million (¥715 million) and on a single day in 2015, Yahoo! Japan’s shopping site carried approximately 6,000 different ivory ads worth more than US$2.5 million.

Ivory purchased on the internet, particularly from Yahoo! Japan, has been implicated in seizures of ivory illegally exported to China. In 2019, these illegal export seizures increased, as EIA highlighted in May 2019 as well as before and during the CITES 18th Conference of the Parties in August 2019, days before Yahoo! Japan’s announcement.

Japan’s industry leaders, such as Yahoo! Japan, Rakuten and Aeon, are taking progressive steps forward which will have far reaching impact on protecting elephants from the trade in ivory. Meanwhile, the Government of Japan continues to support its domestic ivory trade.

Check out an archived Action Alert on Yahoo! Japan.

Check out our landmark 2010 report, Yahoo! and the Sale of Whale, Dolphin and Elephant Products, and our 2012 report, Killing for Commerce.