Information obtained by the Environmental Investigation Agency (EIA) demonstrates conclusively that the use of CFC-11 in China’s rigid polyurethane (PU) foam insulation sector, in particular in the building and construction subsector, is widespread and pervasive. CFC-11 is used as a foam blowing agent for the manufacture of molded foam panels and spray foam used for insulation purposes.

EIA has evidence from eighteen companies in ten provinces that they use CFC-11. Detailed discussions with company executives make clear that these are not isolated incidents but instead represent common practice across the industry.

EIA’s calculations show that emission estimates associated with the level of use reported by these companies can explain the majority of emissions identified in the atmospheric study. In addition there is significant potential for illegal international trade in CFC-11 containing pre-formulated polyols for foam manufacturing in other countries.

The scale of the compliance issue is such that it cannot be treated as a series of isolated incidents. EIA urges the Government of China and the Parties to the Montreal Protocol to acknowledge the scale of this environmental crime and take immediate action to investigate further, implement legislative reform and ensure effective intelligence-led enforcement. Only through urgent and comprehensive action can the Montreal Protocol ensure that it continues to merit its reputation as the most effective global environmental treaty.

Tip of the Iceberg: Implications of Illegal CFC Production and Use is an update on China’s illegal CFC-11 emissions crisis and includes independent laboratory tests of polyurethane (PU) foam samples – provided by Chinese enterprises previously investigated by EIA – that confirm the presence of CFC-11 as a blowing agent. 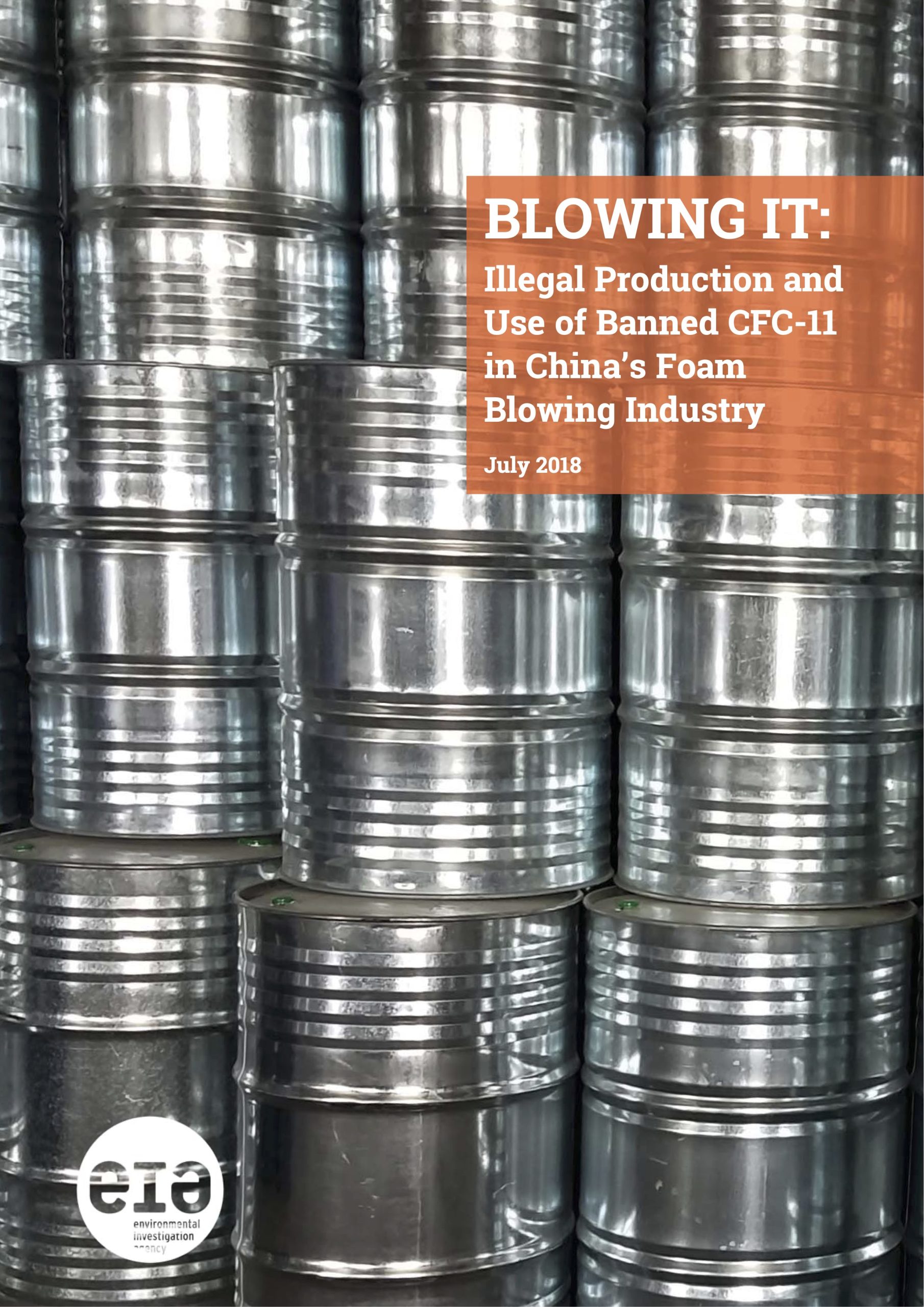