While many nations are closing their domestic ivory markets in line with CITES Resolution Conf. 10.10 (Rev. CoP17), the Government of Japan continues to make superficial changes to its ivory trade controls which do nothing to prevent illegal trade and only serve to bolster its domestic ivory industry.

Until Japan’s domestic ivory market is closed, traders will continue to exploit loopholes to launder ivory of dubious origin onto the domestic market and illegal ivory exports will continue to find their way to other markets, like China.

EIA urges the 18th CITES Conference of the Parties to direct Japan to close its domestic ivory market under its obligation pursuant to Resolution Conf. 10.10 (Rev. CoP17) and to request that Japan produce a National Ivory Action Plan as part of its commitment to market closure.

Briefing and infographic also available in French and Japanese. 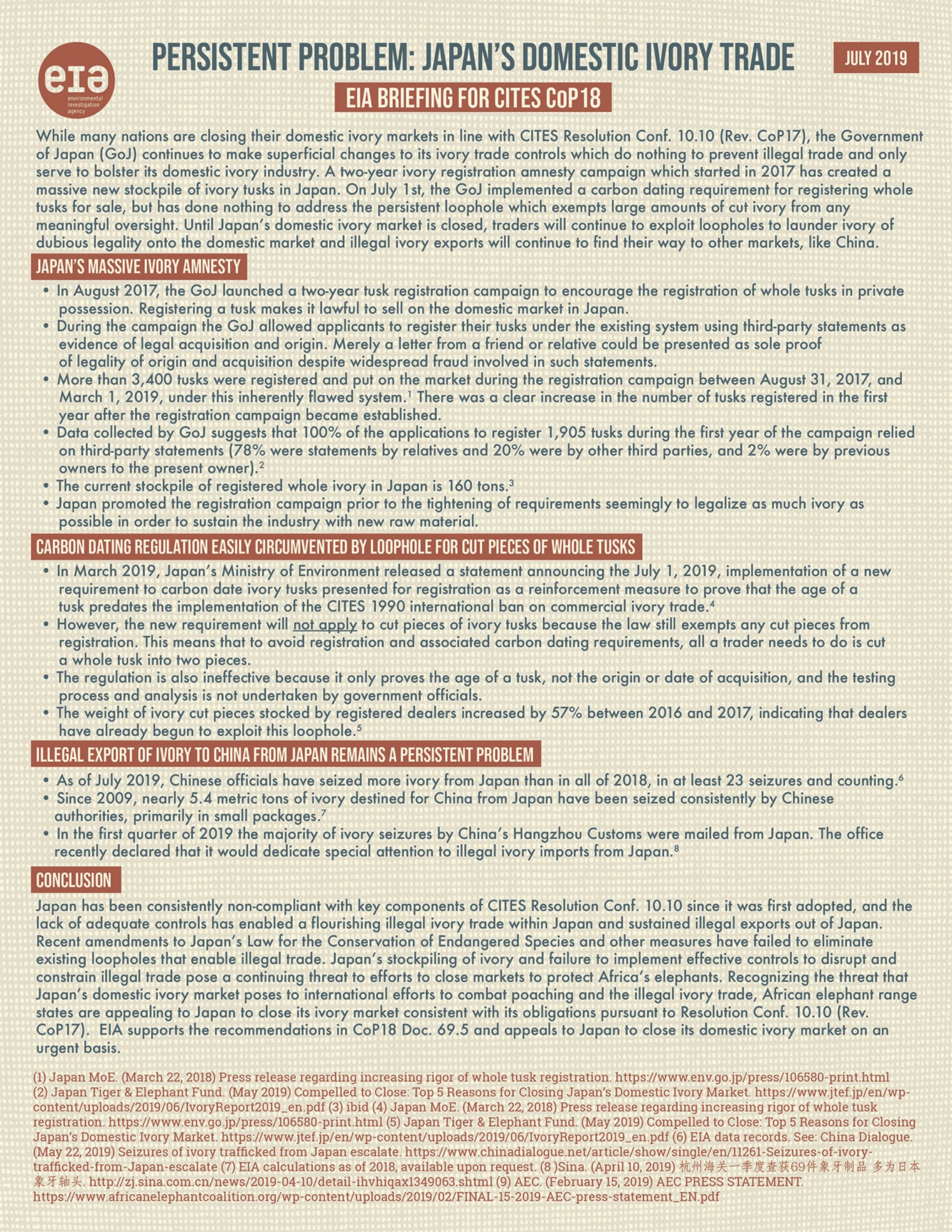