Meeting California’s target under SB 1383 to reduce hydrofluorocarbon (HFC) emissions by 40% below 2013 levels in 2030 requires the California Air Resources Board (CARB) to rapidly finalize and approve proposed rulemakings banning HFCs in new refrigeration and air conditioning equipment and in servicing existing equipment. Unless the proposed rules are rapidly finalized and current proposed dates for banning HFCs in new equipment are maintained, California risks not meeting this target and failing to uphold its longstanding leadership on this issue. The Environmental Investigation Agency (EIA) sent the attached letter to CARB with comments on important aspects of the proposed regulations in follow up to the August 6th Technical Working Group meeting. Read the letter. 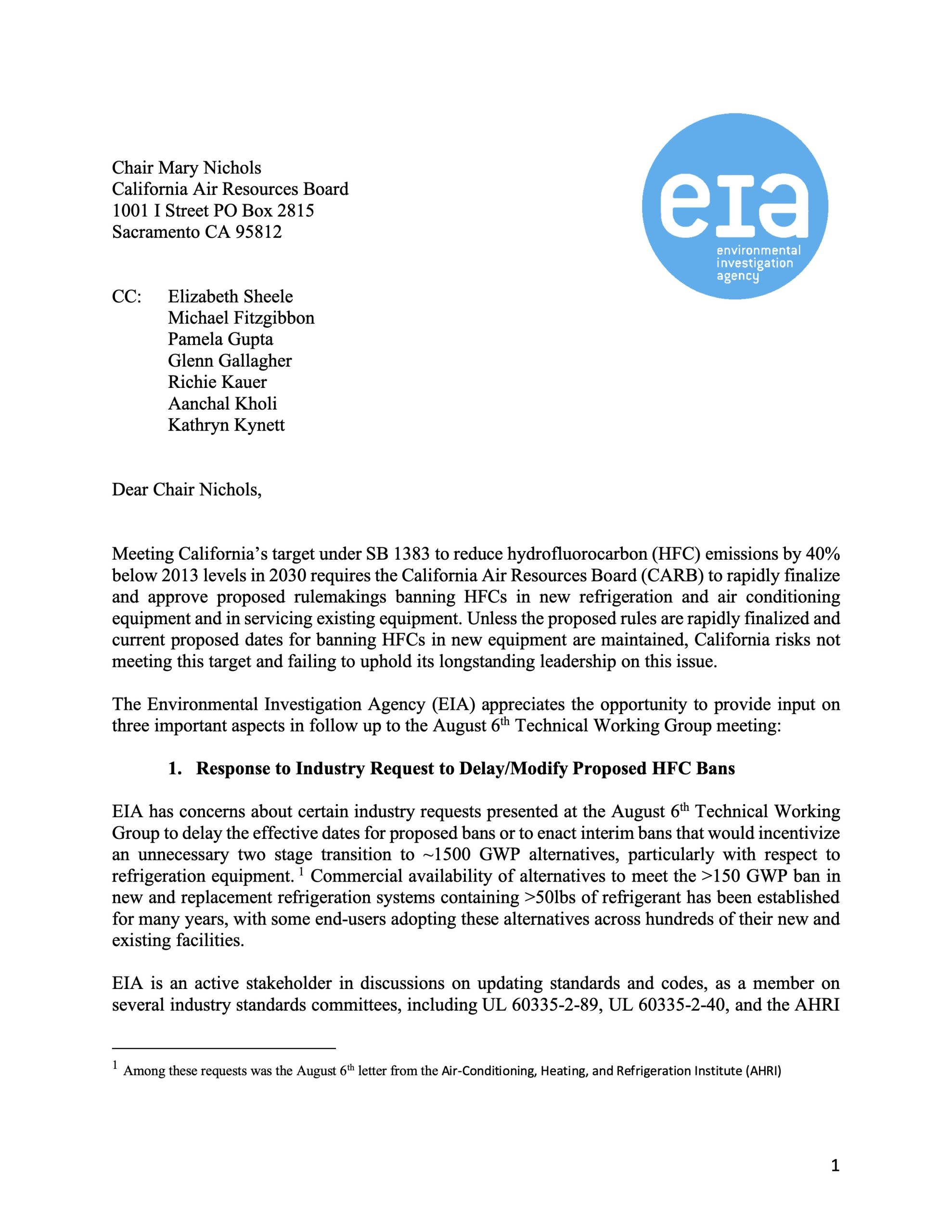