In Zambia the Environmental Investigation Agency (EIA) found that a handful of very high profile figures have apparently orchestrated and facilitated massive trafficking operations for years that are driving mukula rosewood trees to the edge of commercial extinction, devastating vulnerable forests and threatening communities’ livelihoods.

Conservative estimates show that on average over 50 40- foot containers of mukula have been exported monthly from June 2017 to May 2019 (equivalent to over 2,000 cubic meters each month) in breach of export bans, according to EIA’s analysis. This illegal trade generates a total of approximately US$7.5 million paid annually in bribes and informal “fees,” as traffickers described to investigators. According to the traffickers met by EIA undercover investigators, prominent figures of the Zambian government and political sphere, including President Edgar Lungu, his daughter Tasila Lungu, Given Lubinda (Minister of Justice), and Jean Kapata (Minister of Lands and Natural Resources), are central figures in this illicit network. If not dismantled, this mukula cartel* has the power to derail the international protection recently granted to the rare African trees under the Convention on International Trade in Endangered Species of
Wild Fauna and Flora (CITES). At the current rate of exploitation, the rosewood species may soon be extinct.

*A cartel refers to “an association of similar companies or
businesses that have grouped together in order to prevent
competition and to control prices” (per Collins Dictionary
definition). One of the individuals who spoke to EIA undercover
investigators stated that they usually refer to the individuals
and activities described in this report as a cartel. 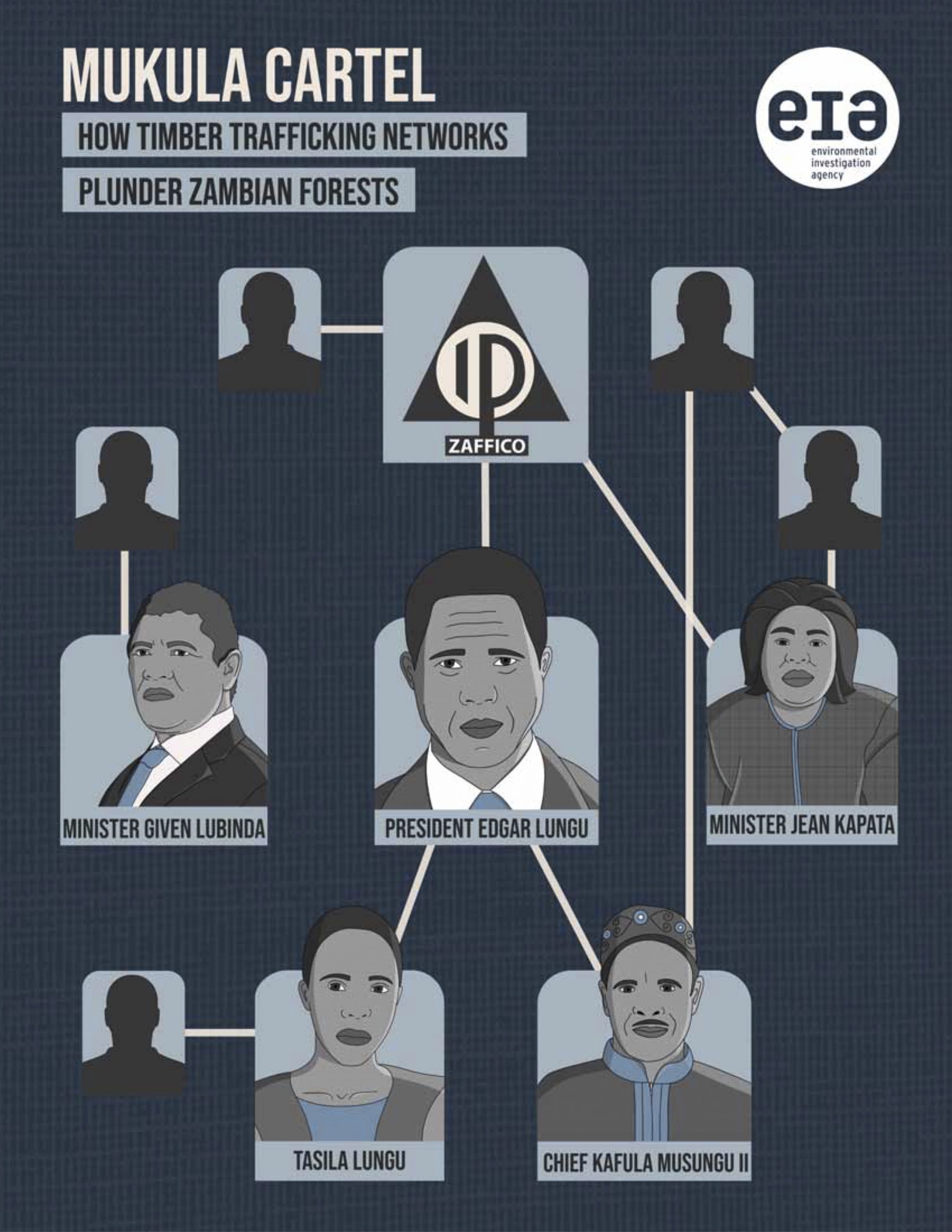