EIA’s findings indicate that: i) an estimated 1.6 million trees have been illegally harvested in Senegal and smuggled into The Gambia between June 2012 and April 2020; ii) the rosewood traffic between Senegal and The Gambia has been largely controlled by the armed rebel group Movement of Democratic Forces of Casamance (Mouvement des forces démocratiques de Casamance – MFDC in French) and is the principal source of income
for the rebels; iii) according to traffickers, high-level Gambian officials – including Minister Lamin Dibba of the Ministry of Environment, Climate Change and Natural Resources (MECCNAR) – have undermined the export ban put in place by the current Gambian president, Adama Barrow, while traffickers used the parastatal company Jagne Narr Procurement & Agency Services (“Jagne Narr”) to bypass the ban; iv) the unaccounted export volume and potential revenue loss in the Gambian timber sector are considerable, with The Gambia reporting
US$471million less in exports than its trading partners declared as imports between 2010 and 2018. ; and v) the Senegal-Gambia-China rosewood trade has flourished in violation of the Convention on International Trade in Endangered Species of Wild Fauna and Flora (CITES). 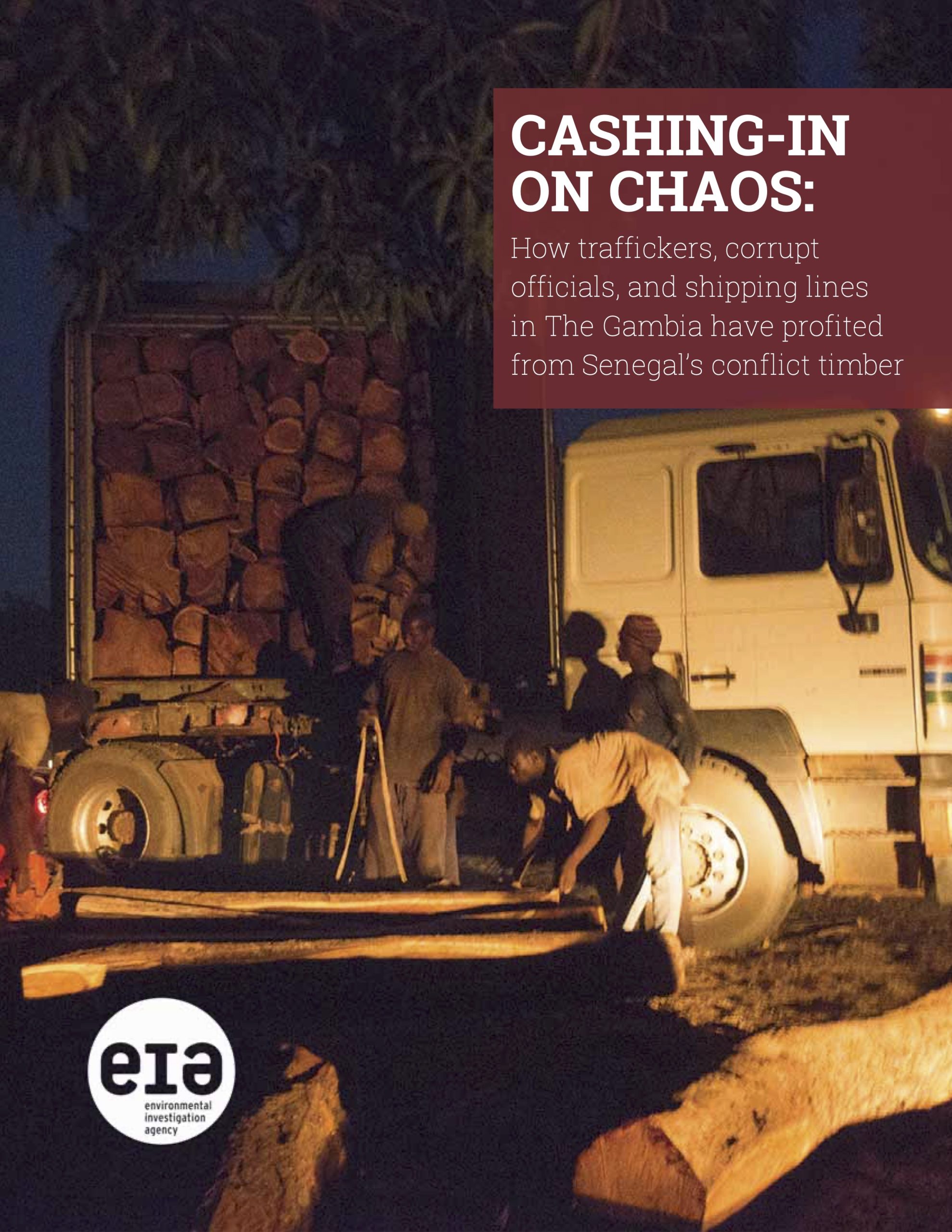