According to the Centre pour l’Environnement et le Développement (CED) and the Environmental Investigation Agency (EIA)’s unprecedented investigation, a group of Vietnamese companies operating in
Cameroon have been at the heart of the booming illegal timber trade
between Cameroon and Vietnam.

In just a few years, Vietnam has become the second largest market for Cameroonian timber (after China), while Cameroon has become the largest supplier of tropical logs to Vietnam (accounting for 25 percent of the logs imported between 2016 and 2019, in value). In Vietnam, Cameroonian logs have replaced the Southeast Asian species that previously filled the market.

Multiple sources told EIA undercover investigators that large African tali (Erythrophleum ivorense) logs are now ubiquitous in Vietnam and have become the principal timber used for the construction and renovation of temples across the country. Vietnamese spiritual sanctuaries have been defiled by a trade that has harmed Cameroonian people and forests. 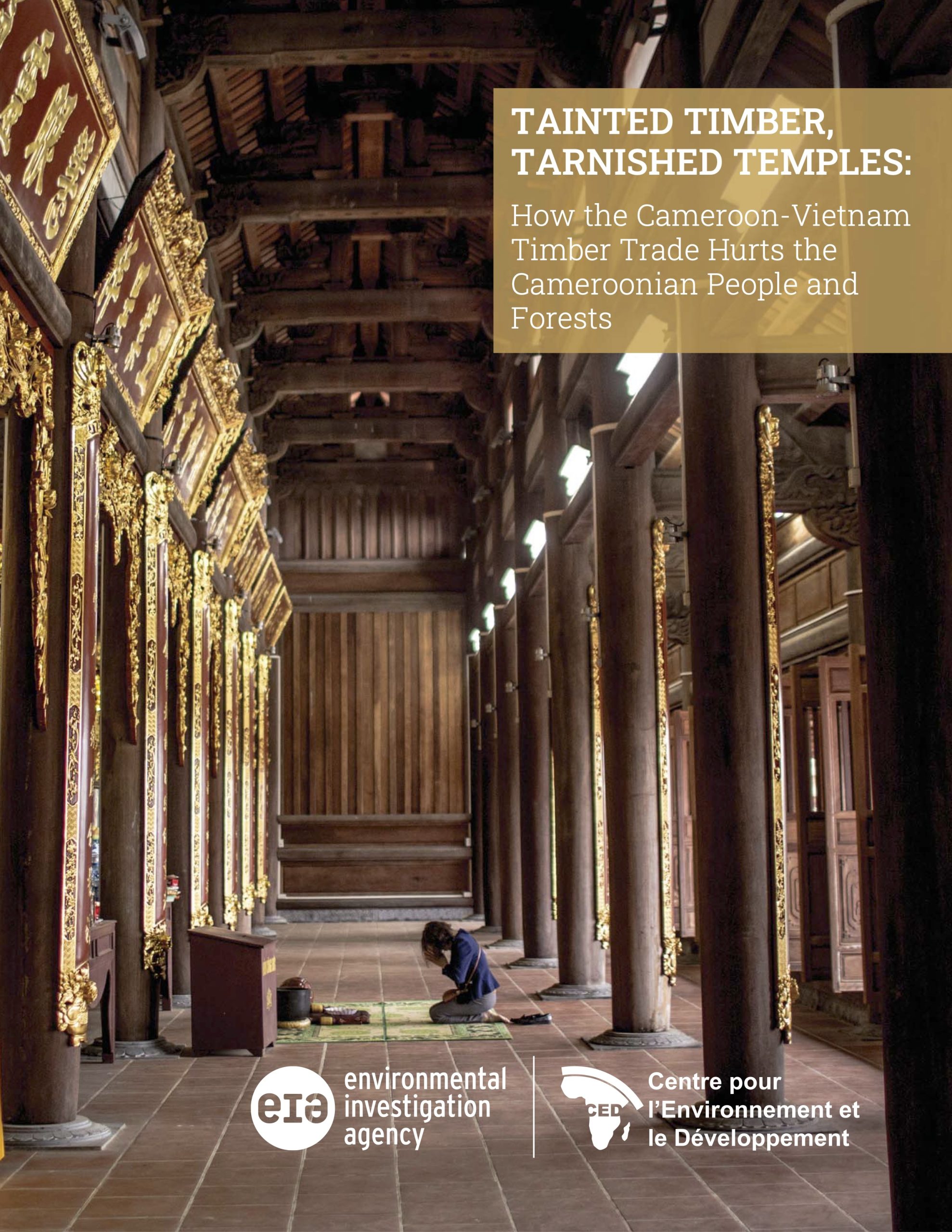