HS Timber, formerly Holzindustrie Schweighofer, is an Austrian company that is the largest timber processor in Romania. Following a year-long investigation into widespread allegations of illegal timber purchasing, the Forest Stewardship Council (FSC) disassociated itself from HS Timber in 2017. The first requirement the FSC set for HS Timber’s reassociation was for the company to have full traceability from stump to mill for all of the logs they purchase in Romania.

Most, if not all, of HS Timber’s supplier depots lack physical traceability for the logs they buy and sell. Romania’s government estimates that close to 50% of the logging in Romania is illegal. This means HS Timber cannot ensure the actual and legal forest origin for half of all the logs it purchases in Romania.

The FSC’s Board of Directors now faces a choice – whether HS Timber deserves to regain the FSC logo. Despite years of international attention and pressure, HS Timber has failed to enact real traceability over its extensive network of suppliers. The FSC needs to stand up for its values, or risk diluting the value of its brand. 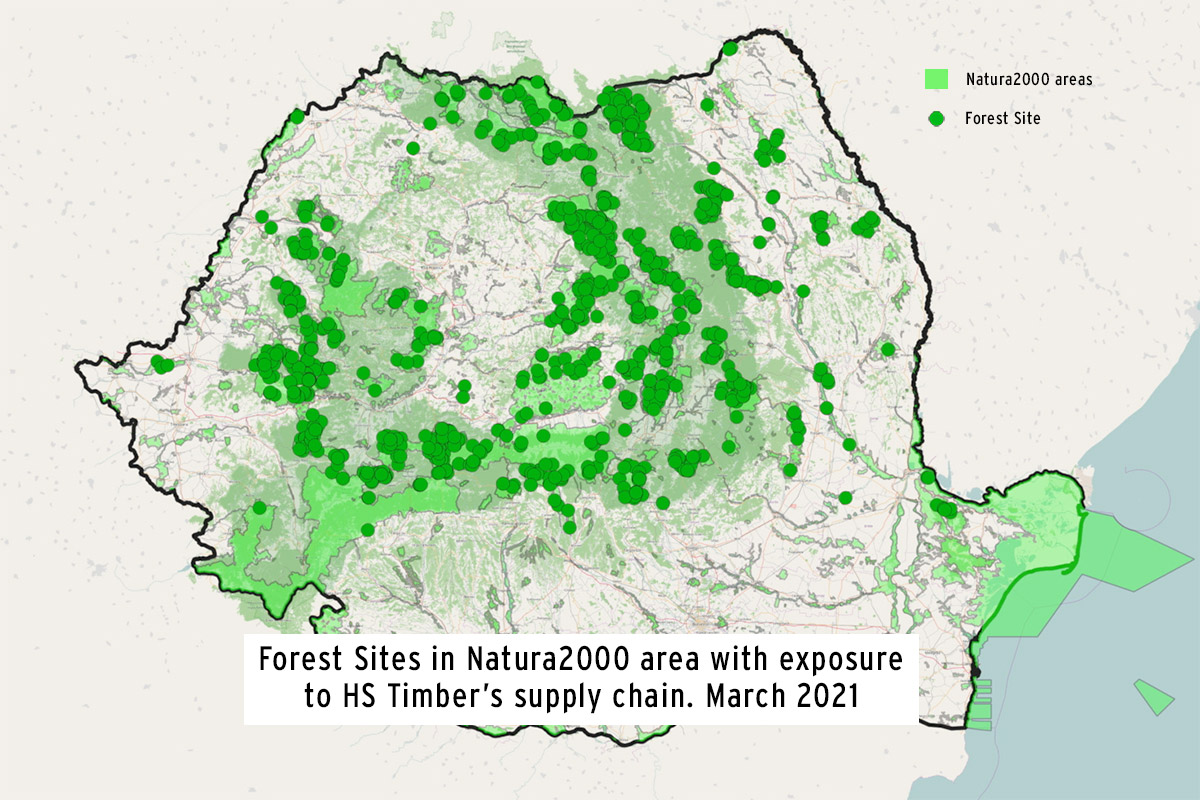