It has been three years since scientists first reported unexpected large-scale CFC-11 emissions and EIA investigations exposed massive illegal use of CFC-11 in the polyurethane foams sector in China. Critical gaps in data and understanding of this global threat to our ozone layer and climate persist. Scientists report that atmospheric observations of CFC-11 are back on a downward trajectory, yet the exact scale of the unexpected emissions, and size and impact of the CFC bank is unknown. It is critical to address these knowledge gaps to ensure the recovery of the ozone hole, and realization of the Montreal Protocol’s goals. This report to the Open Ended Working Group consolidates and summarizes relevant findings and information from scientists, experts, and government officials. Ultimately, the scale of these higher than expected emissions of controlled chemicals necessitate a comprehensive review of the current monitoring, reporting, verification requirements and procedures of the Montreal Protocol. 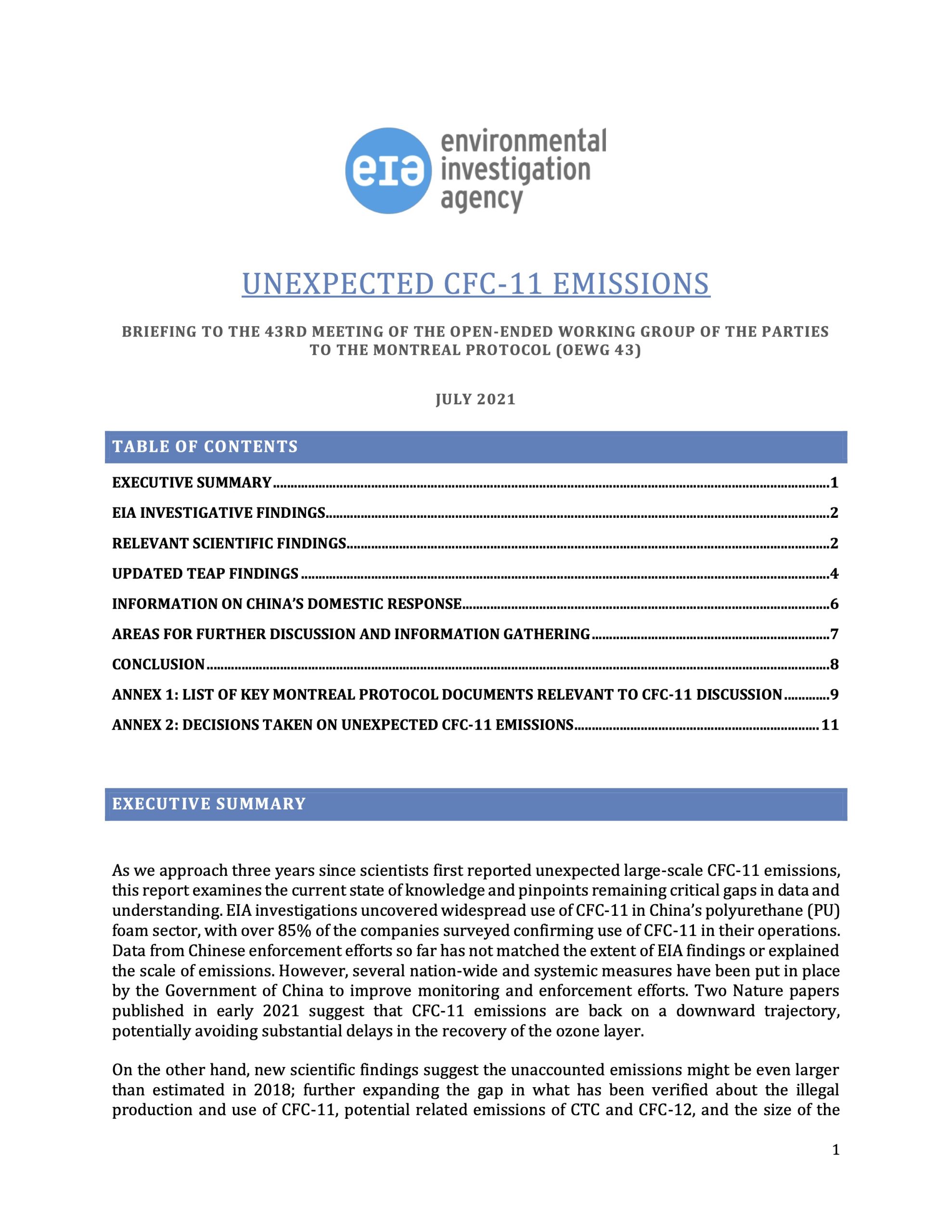