EIA’s investigative report On Thin Ice: How the NHL is Cheating the Climate exposes an arrangement to promote climate misinformation and greenwash super-pollutant hydrofluorocarbon (HFC) refrigerants involving the National Hockey League and chemical producer Chemours. At a time when science unequivocally tells us that we need immediate and large-scale reductions in greenhouse gases to avoid catastrophic climate change, it has become even more critical to strengthen global efforts to mitigate hydrofluorocarbons HFCs, the most destructive man-made greenhouse gases in circulation. Video evidence captured by EIA investigators reveals that the NHL agreed to accept millions of dollars from the Chemours Company to promote their HFC products as “environmentally sustainable” under the NHL Green program in ice rinks and beyond. EIA’s report shows that the deal could contribute to billions of tonnes of carbon dioxide equivalent increase in HFC use and emissions over the next two decades, the equivalent to annual emissions of 1,500 coal fired power plants, if successful in widely displacing zero-GWP alternatives with Chemours Opteon products in ice rinks and beyond.

Read the report and see the video evidence at www.exposingclimatepollution.org/on-thin-ice 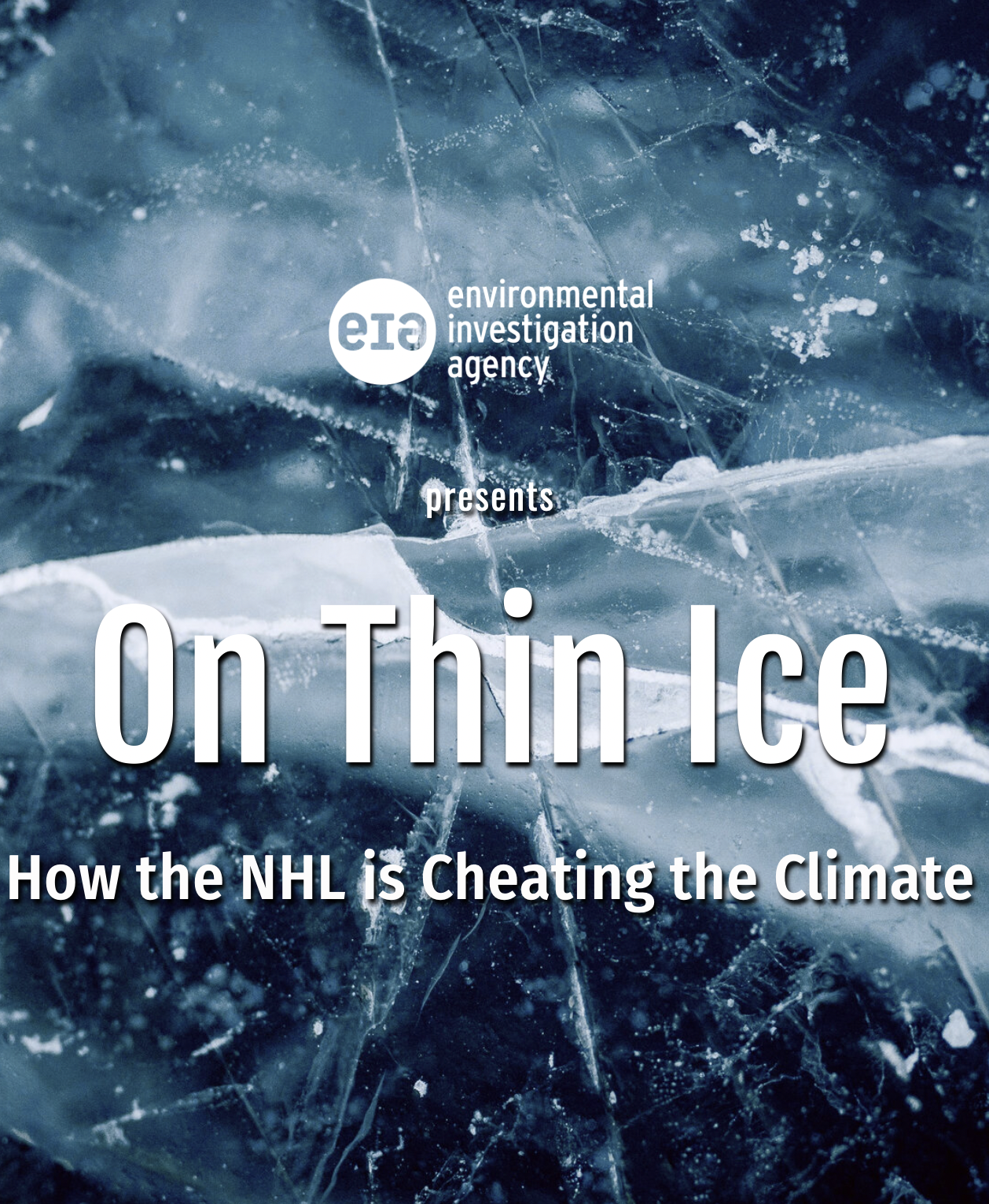