The Rakuten Group, via its wholly owned Japanese subsidiary Rakuten Ichiba, is the world’s largest online trader in elephant ivory and whale products.

Rakuten Ichiba sells thousands of elephant ivory products, made from the tusks of African elephants that are currently being slaughtered at the rate of up to 50,000 a year in the worst ever poaching crisis. Hundreds of whale products, including endangered fin whale from Iceland and products from the whale and dolphin drive hunts in Taiji featured in the documentary The Cove, are also being sold on Rakuten Ichiba. It is the biggest known online retailer of elephant ivory and cetacean products in the world. 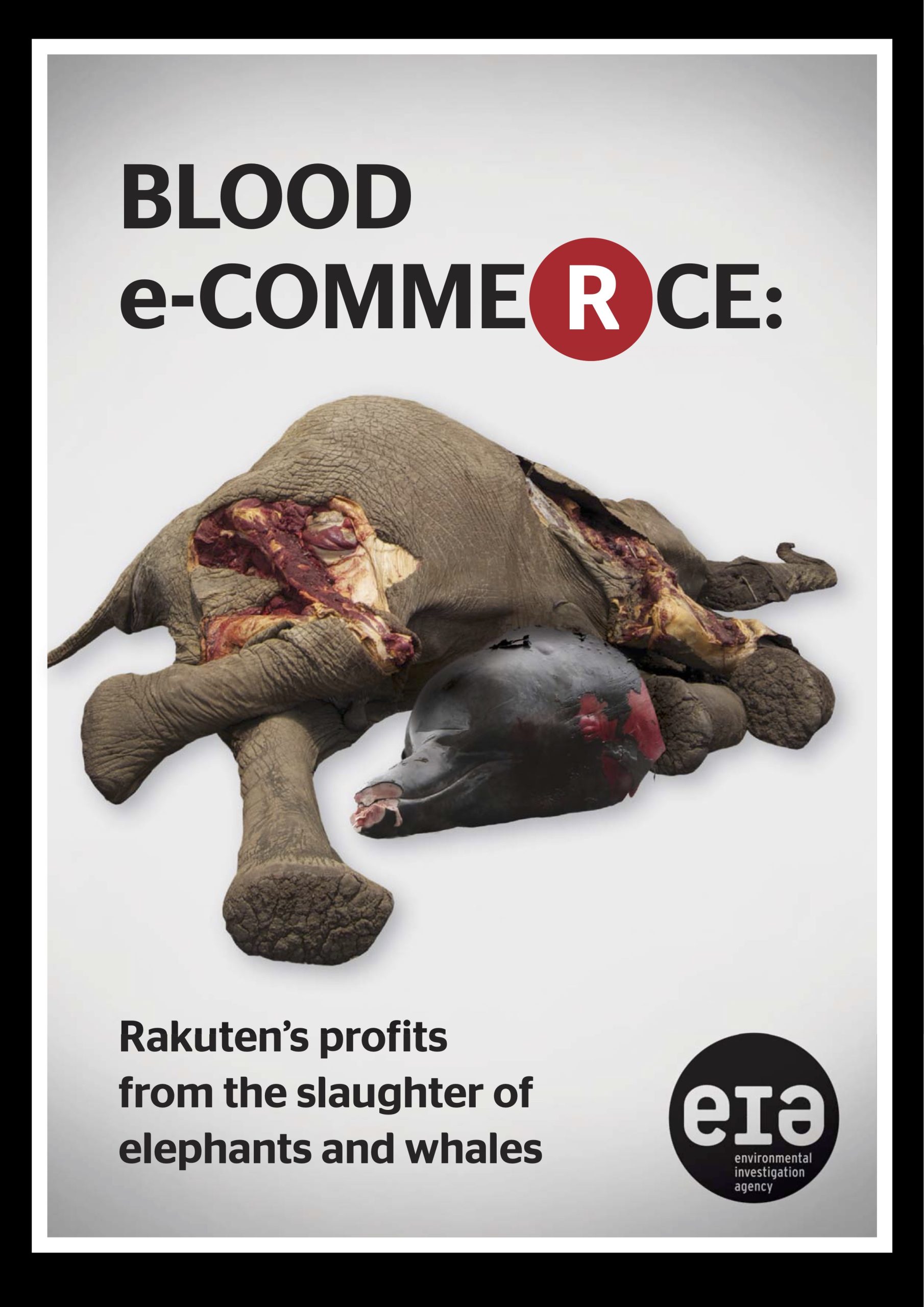