Recommended: Vote FOR Proposal #4 asking for Walmart to “issue a report, at reasonable cost and omitting proprietary information, describing if and how it plans to limit its impact on climate change by increasing the scale, pace, and rigor of its plans to reduce refrigerants released from its operations.”

Highly potent greenhouse gases called hydrofluorocarbons (HFCs) are leaking out of Walmart facilities and contribute nearly half of Walmart’s direct climate-damaging emissions. HFCs have thousands of times the global warming potential (GWP) of carbon dioxide and are commonly used as refrigerants in supermarket cooling systems, but regularly leak out through faulty equipment.

Walmart reported over three million metric tons of HFC emissions in 2019, which equates to more than half a million cars on the road each year.1 HFCs make up a staggering 48 percent of Walmart’s direct (Scope 1) emissions.2 Rapid adoption of available HFC-free technologies and implementing best practices to reduce refrigerant leaks can protect the company from growing reputational and market risk of its laggard status, and minimize the financial impacts of anticipated skyrocketing HFC refrigerant prices under the approaching HFC phase-down regulations.

Environmental Investigation Agency and Green America urge you to vote in favor of the shareholder resolution #4 on Walmart’s refrigerant practices.

The United Nations reports that eliminating HFCs can prevent nearly half a degree of global warming,3 crucial to staying under the 1.5-degree Celsius limit to prevent the harshest and deadliest effects of climate change. Furthermore, improving the energy efficiency of cooling and transitioning to climate-friendly refrigerants can prevent 460 billion tons of greenhouse gas emissions in the coming decades.4 Phasing down the use of HFCs and shifting to more sustainable refrigerant options would also create an estimated 150,000 new American jobs and generate close to $39 billion in domestic benefits by 2027.5

Walmart’s emissions of these climate-damaging substances undermine its efforts to become a climate leader in the retail sector and its inaction on refrigerant emissions can lead to considerable financial risks, as outlined in below sections. Walmart has made public statements on its refrigerant management for over a decade without implementing tangible actions for improvement. Walmart has touted its “great progress” on its refrigerant emissions,6 but the company’s self-reported emissions data does not show meaningful progress.

More than ten years ago, the Consumer Goods Forum, of which Walmart is a member, enacted a pledge to begin phasing out the use of HFCs in 2015. Despite this pledge in 2010, in the subsequent years, Walmart continued to increase its emissions (see below graph) and opened hundreds of locations without a single HFC-free system in the United States. The ConsumerGoods Forum has stated its commitment to reducing HFCs and has demonstrated ultra-low GWP refrigerants can help companies save costs and increase energy efficiency.7 And yet, from 2012 to 2017, Walmart’s HFC emissions rose by 43.6 percent, despite seeing a slight decrease in 2015.

In 2013, Environmental Investigation Agency (EIA) published a report assessing supermarket refrigerant practices and noted Walmart’s use of a secondary loop refrigeration system that combined carbon dioxide and HFCs in “over 125 stores” but this represented a mere one percent of existing stores and did not eliminate HFC use in the main refrigeration system.8 Walmart has made no further progress since this time in installing any HFC-free systems, despite significant market growth in these technologies. In 2015, EIA initiated conversations with Walmart around the company’s refrigerants that failed to yield meaningful progress. While Walmart states that it operates “hundreds of facilities” with near HFC-free alternatives, there has been a lack of transparency on this process to demonstrate real progress relative to its now 11,200 locations worldwide.

In 2019, after months of attempting to speak directly with Walmart on this issue, Green America, in close partnership with EIA, launched a public campaign urging Walmart to address its HFC emissions.9 After thousands of people sent in petitions, the company accepted our long-standing meeting request. However, these dialogues did not result in a detailed plan from Walmart for swift and aggressive action on its HFC emissions. The public campaign continued, garnering over 100,000 signatures and support from several other national NGOs.

Finally, in September 2020, Walmart did announce a goal to transition to “low-impact” refrigerants for cooling in its stores, clubs, data centers, and distribution centers by 2040.10 Unfortunately, “low-impact” is not clearly defined. Walmart has not provided details on how it will meet this target, nor does it include intermediary targets, its intention to disclose average leak rates, or a plan to publicly report on its progress. Walmart eventually stated its aim to transition to “low-GWP” (global warming potential) refrigerants but does not offer a specific GWP limit.11 Additionally, the best practice for lowering climate impacts is to use “ultra-low GWP” refrigerant options with a GWP less than 5 instead of “low-GWP”, which can still have hundreds of times the warming potential of CO2.

In February 2021, EIA reported refrigerant gas leaks at 60 percent of investigated Walmart stores in the Washington, DC metro area.12 EIA detected persistent leaks in some stores over a series of months, which indicates that routine leak inspection or repair did not occur or was insufficient. The investigated leaks were in display cases, but most refrigerant leaks occur in areas of stores inaccessible to customers and the investigators. This means that refrigerant leaks issue at Walmart stores are likely even worse than what the report findings show.

The company’s history of inadequate action to cut its HFC emissions makes the twenty-year timeline and vague details of its current refrigerants goal more concerning. Walmart’s 2040 target is inconsistent with global efforts and domestic policy to phase down the use of HFCs. To keep global warming below 1.5 degrees Celsius, all emissions including HFCs must be reduced on a more rapid timeline.

Therefore, the Rhode Island Treasurer’s office filed a shareholder resolution to address these issues, stating that its current statements on refrigerants lack rigor and clarity:

Shareholders request that Walmart issue a report, at reasonable cost and omitting proprietary information, describing if and how it plans to limit its impact on climate change by increasing the scale, pace and rigor of its plans to reduce refrigerants released from its operations.13

The proponents believe meaningful disclosure could include consideration of the benefits and drawbacks of approaches such as:

– Plans for adoption of a near-term, quantitative target to reduce refrigerant emissions;

–  Plans for the installation of ultra-low GWP refrigerants in new refrigeration systems and equipment; and

–  Strategies to substantially reduce the company’s HFC footprint in existing equipment during remodeling or replacement of existing refrigeration systems.

Walmart’s history of using climate-damaging refrigerants and its emissions from rampant leaks undermine its efforts to become a climate leader in the retail sector. Its inaction on refrigerant emissions has made the company and its shareholders vulnerable to the following financial risks:

1) Market Risks: Several of Walmart’s competitors in the U.S. market have advanced their refrigerant practices in recent years, including ALDI US, Target, and Whole Foods. This positions these companies to meet their climate goals as well as prepares them for the changing regulatory landscape of HFCs (detailed in the next section).

2) Regulatory Risks: Phasing down HFCs and improving refrigerant management has support from the Biden-Harris administration, the refrigeration industry, as well as bipartisan members of Congress. In recent months, there has been significant policy progress on refrigerants and companies improving refrigerant practices now are well- positioned to navigate the changing regulatory landscape.

3) Reputational Risks: Climate-damaging refrigerant emissions have received increased attention by advocacy organizations in recent years, leading to more consumer engagement and media attention on the issue. Walmart’s history of inaction on its HFC emissions and inadequate targets pose risk to the company’s claims that it is “deeply committed to addressing climate change.”26 Failing to reduce this major source of Walmart’s emissions threaten the brand overall.

Walmart’s size and resources allow it enormous influence within the global retail sector, to transform the U.S. refrigerants market by improving its practices. Walmart’s Q4 and FY20 statements report annual revenue of nearly $560 billion, with its eCommerce sales growing 69 percent.30 This indicates the company is in a strong financial position to afford the up-front costs of transitioning its refrigeration systems, which will curb its climate-damaging emissions and provide the company with cost savings and increased efficiency overtime.

We urge you to vote FOR proposal #4 asking Walmart to issue a report describing if and how it plans to limit its impact on climate change by increasing the scale, pace, and rigor of its plans to reduce refrigerants from its operations.

Thank you for your time and please contact us for more information regarding EIA and Green America’s views on the shareholder resolution. 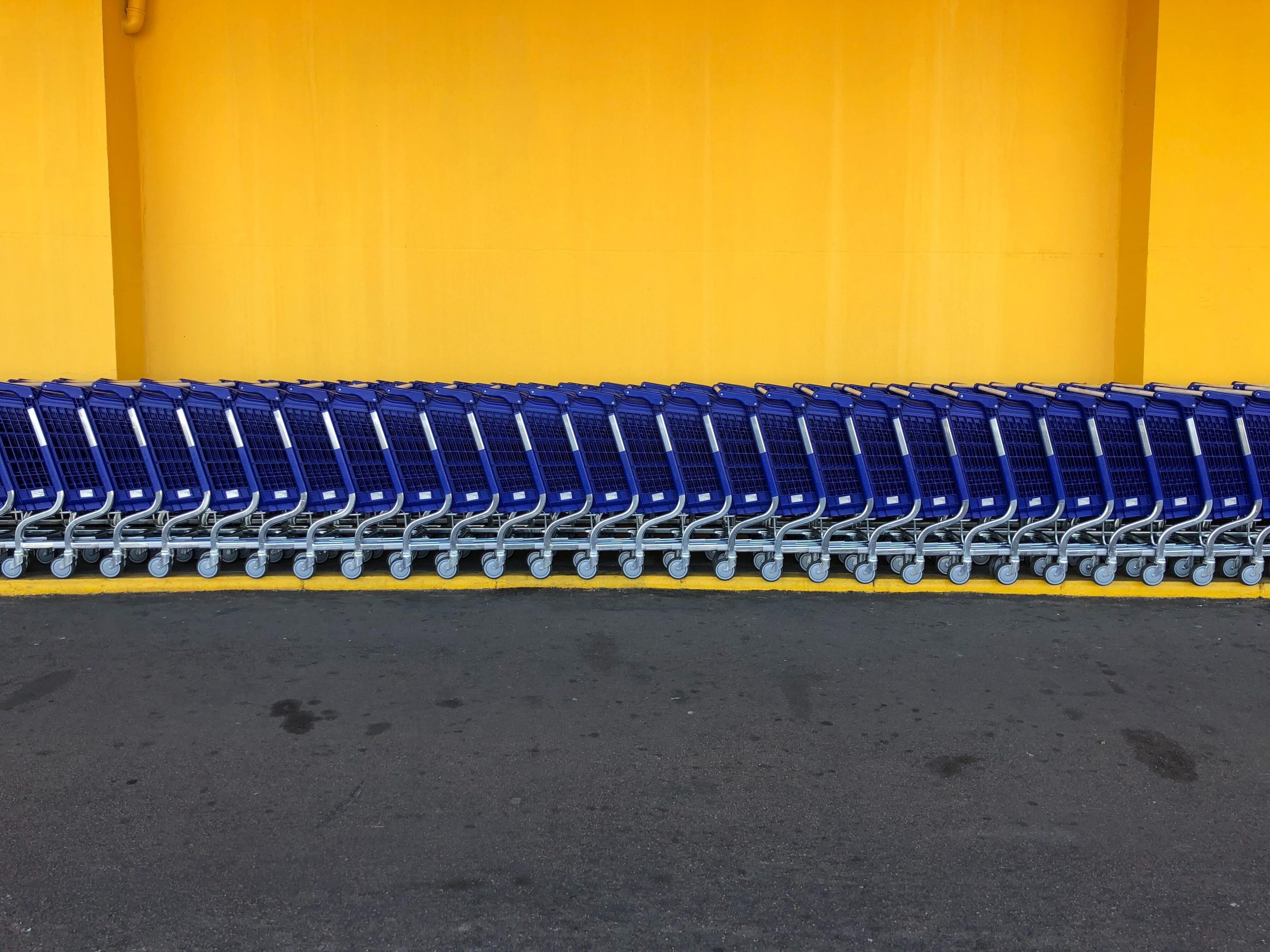