More than 9,200 rhinos have been poached across Africa since 2006 to meet demand for their horn stemming primarily from China and Vietnam. White rhinos have been especially hard-hit by this poaching crisis, experiencing a total population decline of 15 percent from 2012 to 2017 down to an estimated 18,067 rhinos.

The Convention on International Trade in Endangered Species of Wild Fauna and Flora (CITES) has banned international trade in rhino horn since 1977, and while many Parties have taken steps to close their rhino horn markets, the successes brought about by the CITES international trade ban are being undermined by the policies of some Parties that encourage domestic trade in and use of rhino horn.

EIA’s new briefing Stop the Slaughter: Close Domestic Rhino Horn Markets provides a brief historical background on the positive impact that past closures of domestic rhino horn markets had on wild rhino populations, and highlights the threats to rhinos today posed by by recent developments in China and South Africa.

We have also produced a supporting two-page Summary for Policymakers that provides an overview of the key points raised in the briefing.

EIA urges the 18th CITES Conference of the Parties to support the proposal submitted by Kenya calling for the closure of all domestic markets for rhino horn and other rhino parts and derivatives.

The briefing is also available in French and Chinese.

The Summary for Policymakers is also available in French, Spanish, and Chinese. 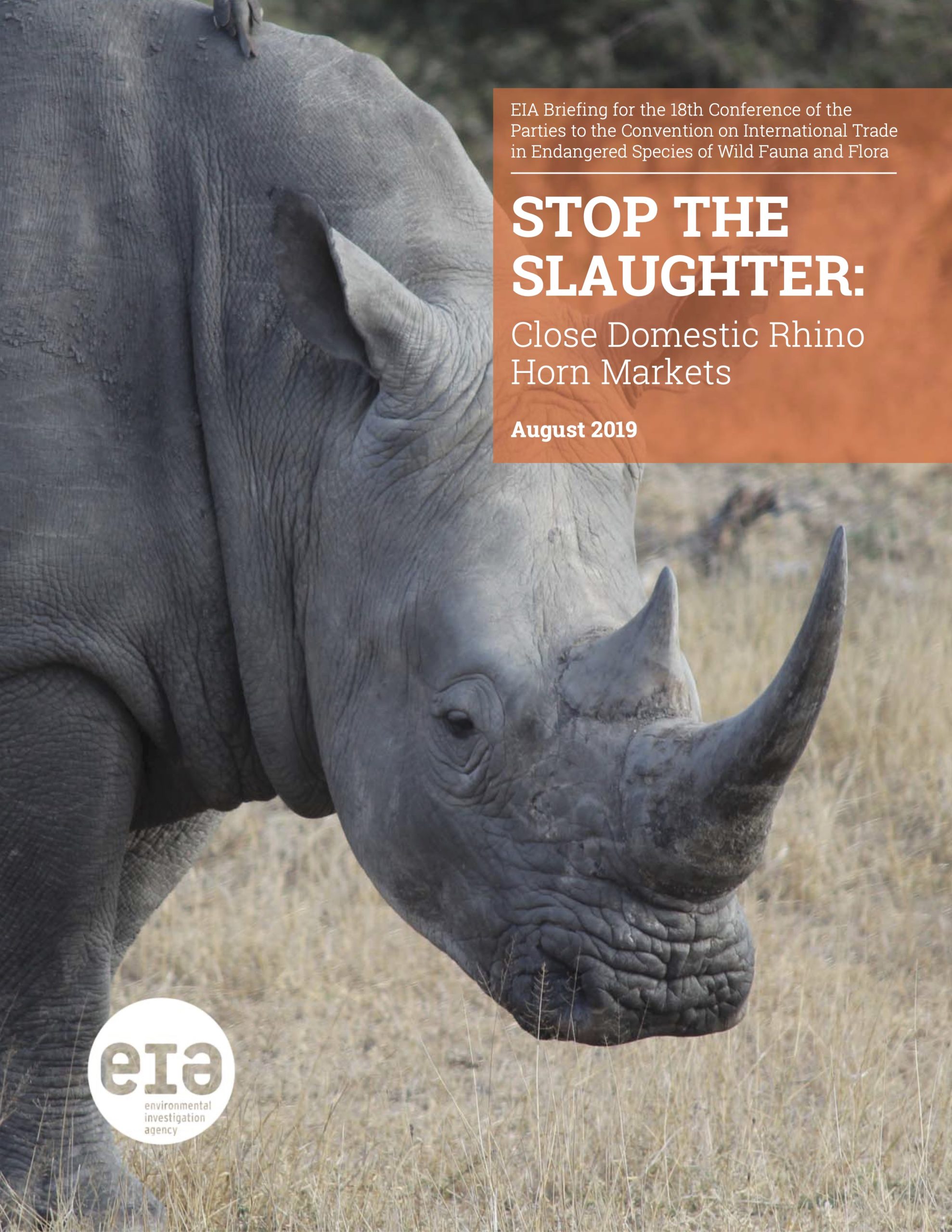