EIA has produced a new briefing ahead of the 17th Conference of the Parties to the Convention on International Trade in Endangered Species on the trade of a rare and valuable “red wood” known commonly as hongmu. Demand for this rosewood in China has grown exponentially over the past 15 years, from 144,500m3 imported in 2000 to over 2 million m3 in 2014. After a brief slowdown in 2015, the demand is once again on the rise in 2016 despite a general economic slowdown in China and the government’s anticorruption campaign. Logs, which provide little value-added in source countries, account for approximately 80 percent of overall hongmu imports. During the first half of 2016, China imported on average the equivalent of 350 hongmu logs per hour.

Download our briefing, Cycles of Destruction: Unsustainability, Illegality, and Violence in the Hongmu Trade here. 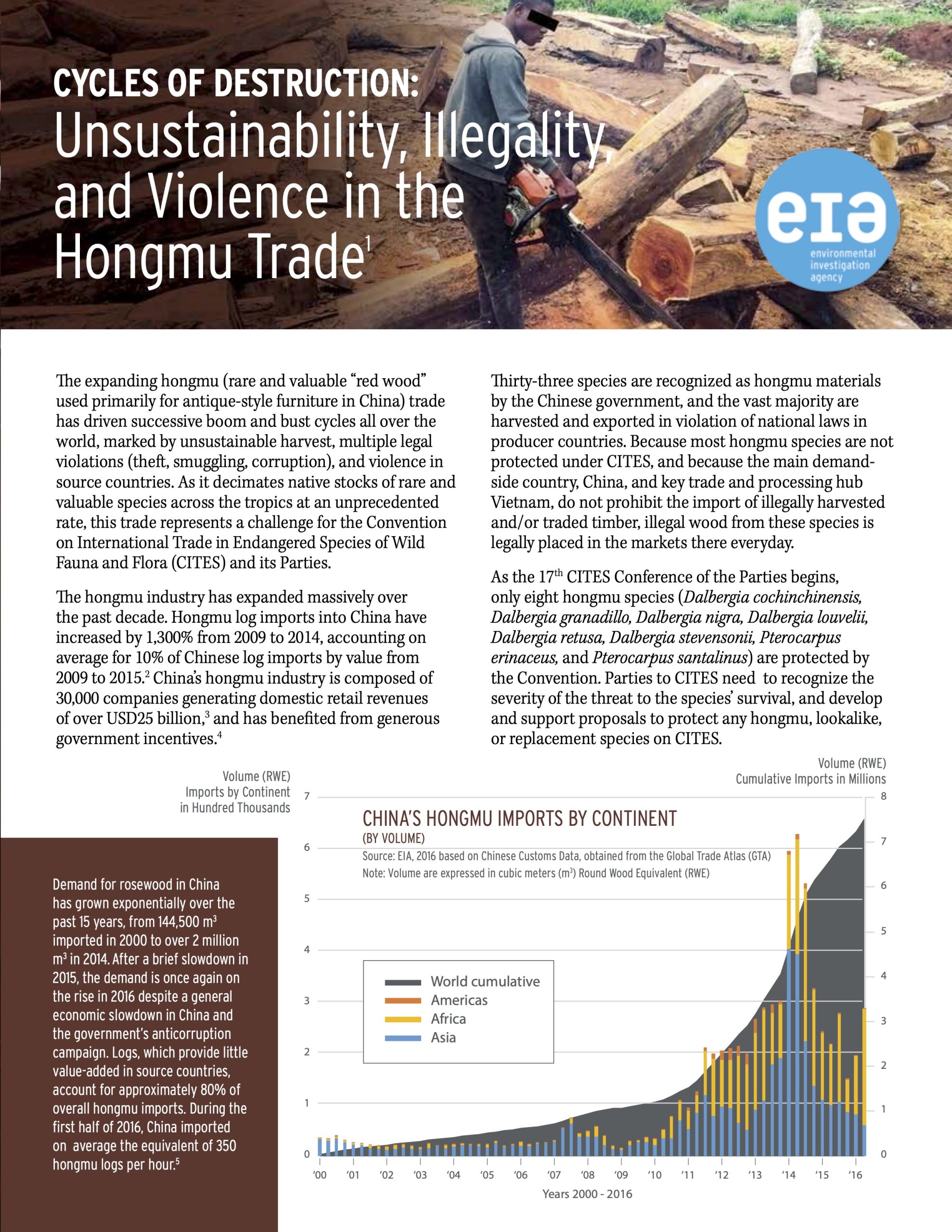