EIA’s report, The Dirty Secrets of Japan’s Illegal Ivory Trade, reveals a 20-year history of broken commitments by Japan to enact effective controls to prevent poached tusks from being sold domestically or for illegal export. The report follows shocking new elephant census data revealing a 30% decline from 2007 to 2014 in populations in 15 of 18 African nations surveyed. This amounts to an unsustainable 8% annual decline, which threatens the species’ long term survival.

• Thirty of 37 Japanese ivory traders contacted by an undercover investigator offered to engage in some form of illegal activity to buy, sell, or fraudulently register a tusk that did not qualify for registration

• That most of Japan’s ivory tusk imports dating from before the 1989 ban on international trade in elephant ivory were from poached elephants. As a result, the government’s tusk registration scheme is effectively a tool for granting amnesty to large quantities of pre-1989 poached ivory 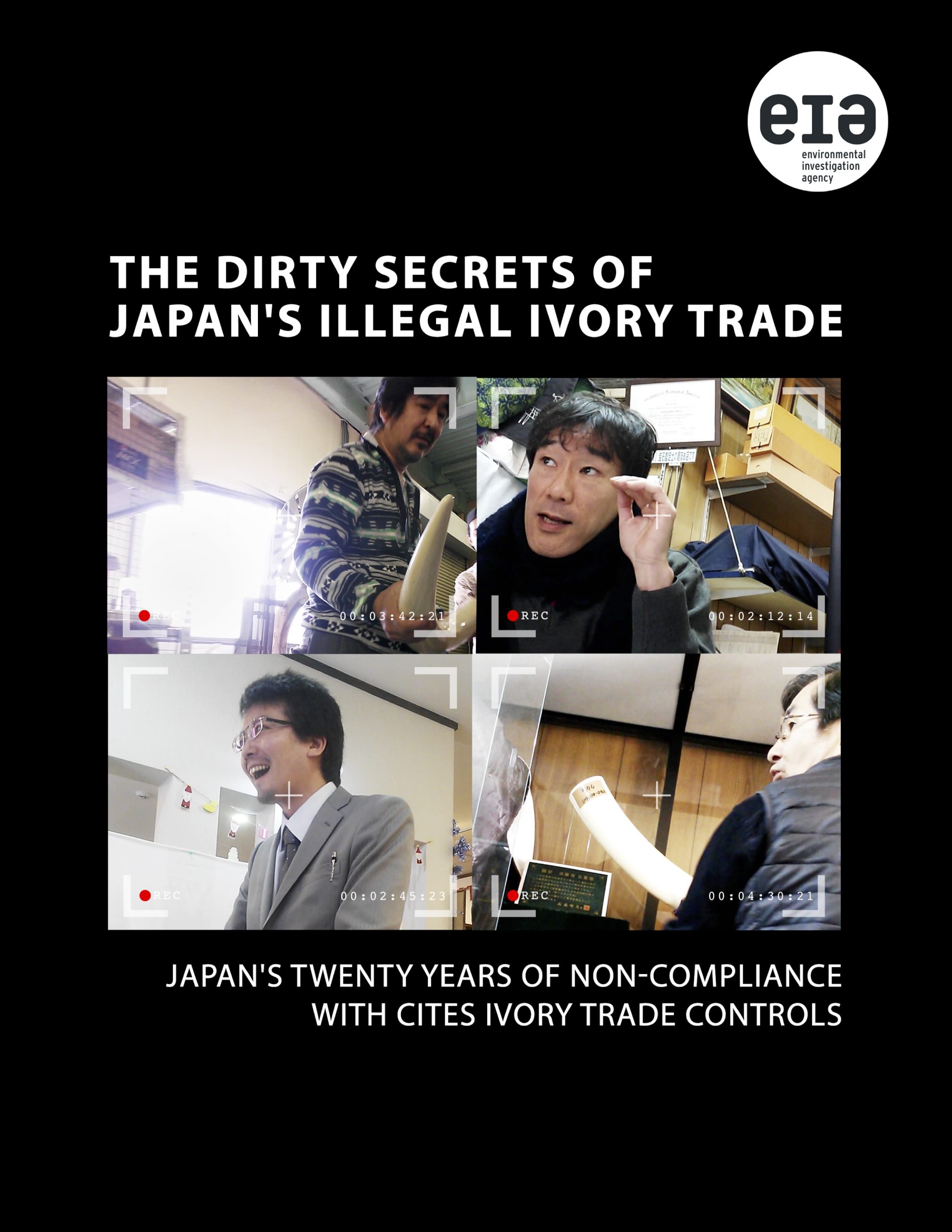