In October 2016, the Parties to the Montreal Protocol adopted the Kigali Amendment on hydrofluorocarbons (HFCs), which commits the world’s nations to significantly reduce consumption and production of HFCs. The Amendment could avoid emissions of well over 70 billion tonnes of carbon dioxide equivalent by 2050, which marks an historic achievement and brings significant impetus to the Paris Agreement which comes into effect in November 2016.

This briefing produced by EIA details the Kigali Amendment’s relationship to the United Nations Framework Convention on Climate Change (UNFCCC) as November marks the 22nd Conference of the Parties to the UNFCCC. Learn about the legal relationship, differentiation, and climate benefits of both agreements in our briefing above. 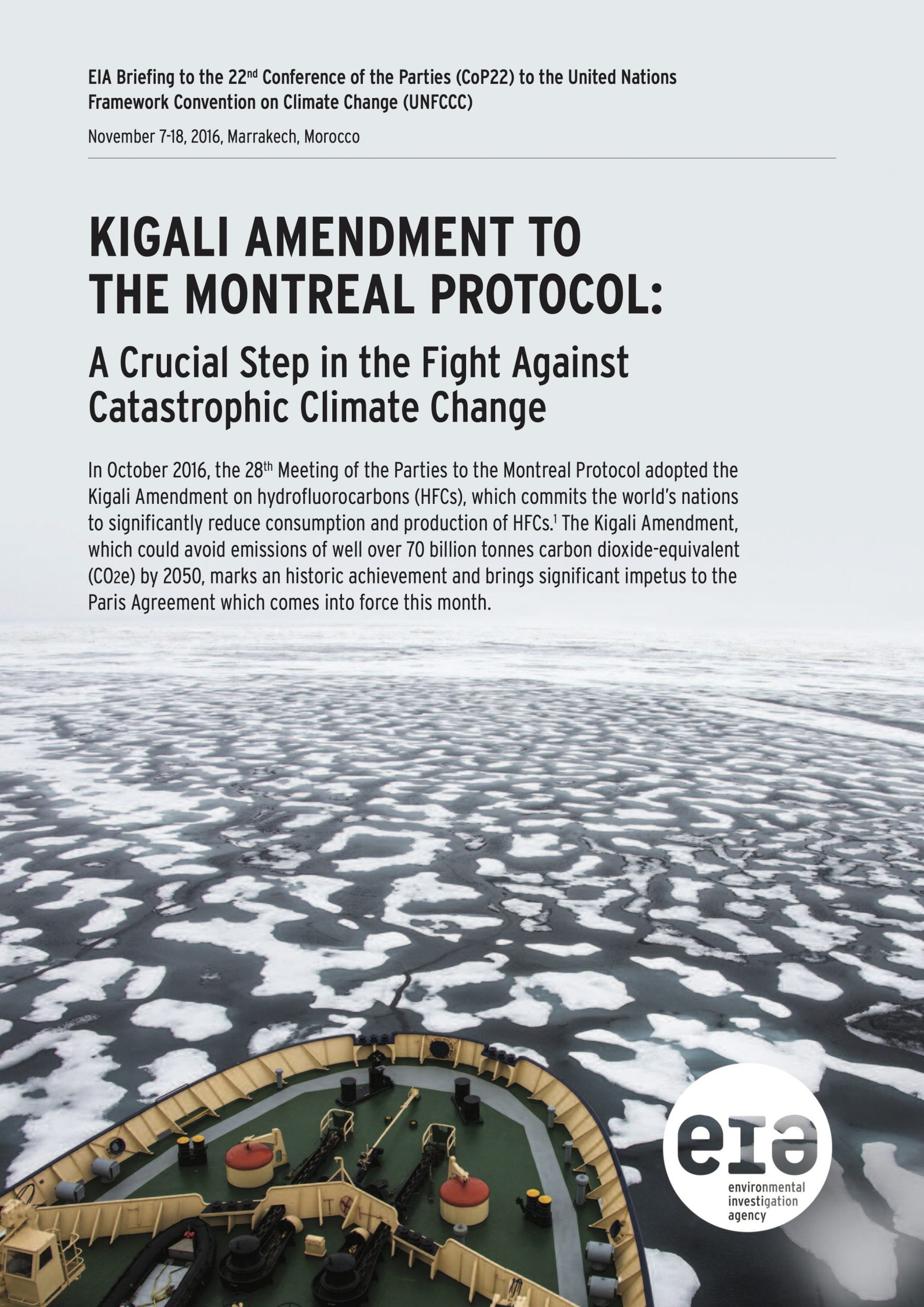