In a sign-on letter sent to the London Stock Exchange’s Alternative Investment Market (AIM), over 60 indigenous organizations and NGOs from Peru, Europe, and the United States raise grave concerns related to ongoing illegal deforestation for palm oil and cacao in the Peruvian Amazon by United Cacao Limited SEZC. The groups have called for the company to be immediately removed from trading on AIM, citing the company’s breaches of AIM rules and illegal clear-cutting of Peruvian rainforest. In their letter, the groups have made clear the connections between financing raised on AIM and at least 11,100 hectares of illegal deforestation by United Cacao’s direct subsidiary, Cacao del Peru Norte, and two related companies, Plantaciones de Pucallpa and Plantaciones de Ucayali.

The letter was released during an international press conference in London on the morning of May 4, 2016 with indigenous and community leaders visiting the European Union to highlight impacts of palm oil supply chains on communities and forests. Alongside the letter, the Environmental Investigation Agency also published a detailed evidence briefing, including dozens of photos, satellite images, and primary source documents from Peruvian government entities which contradict claims made by United Cacao Ltd. and surface serious omissions of relevant information. 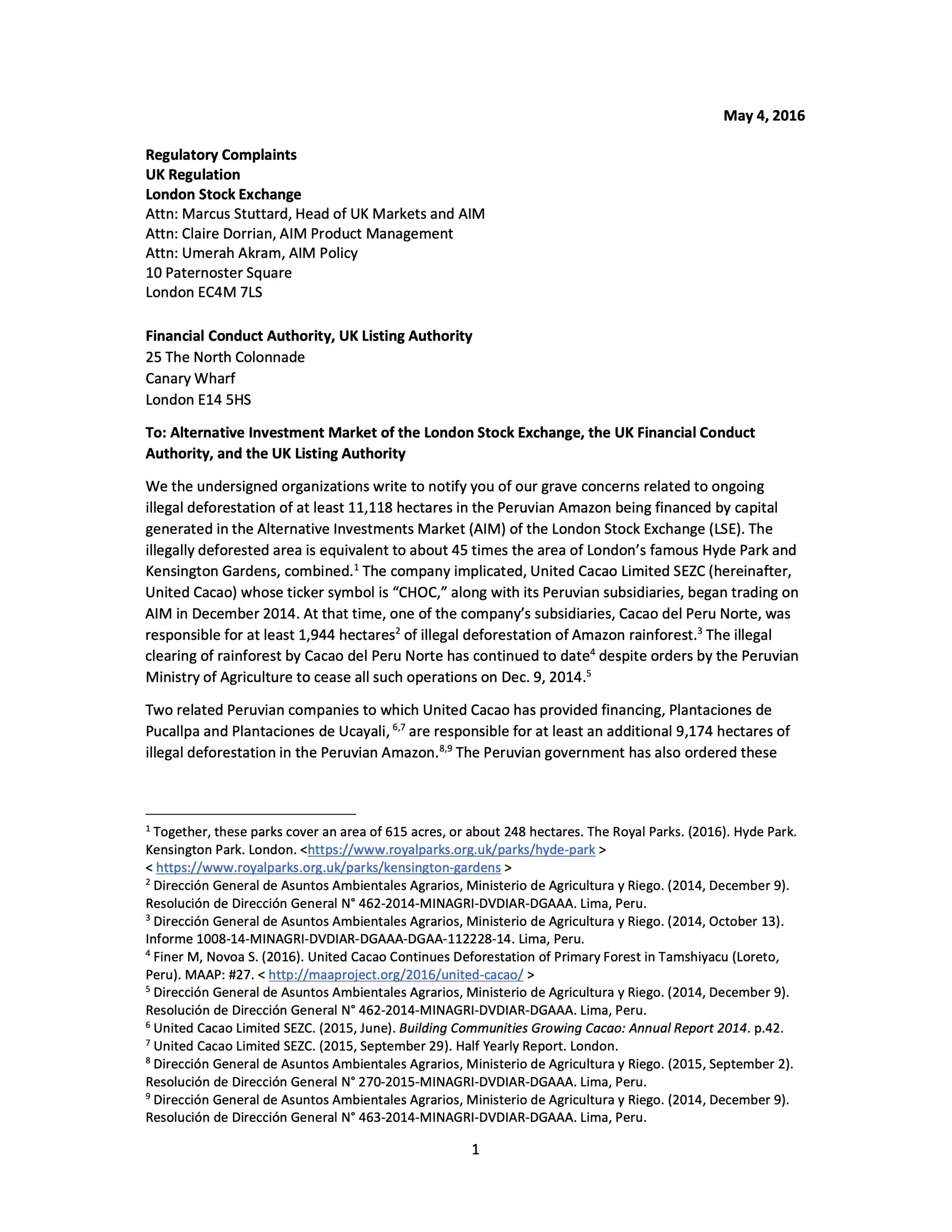