Under Japan’s domestic ivory laws, all persons looking to trade elephant tusks must first register them with the Japanese Wildlife Research Center (JWRC) to prove they were imported prior to the 1989 international ban on ivory trade. However, in several phone calls with EIA investigators in 2015, a JWRC official repeatedly offered advice and suggestions on how to register a new tusk so that it would qualify as “pre-ban” ivory. In this way, fraudulent ivory could be laundered into Japan’s market.

Read key excerpts from the transcripts of both phone calls recorded by EIA’s undercover investigators. 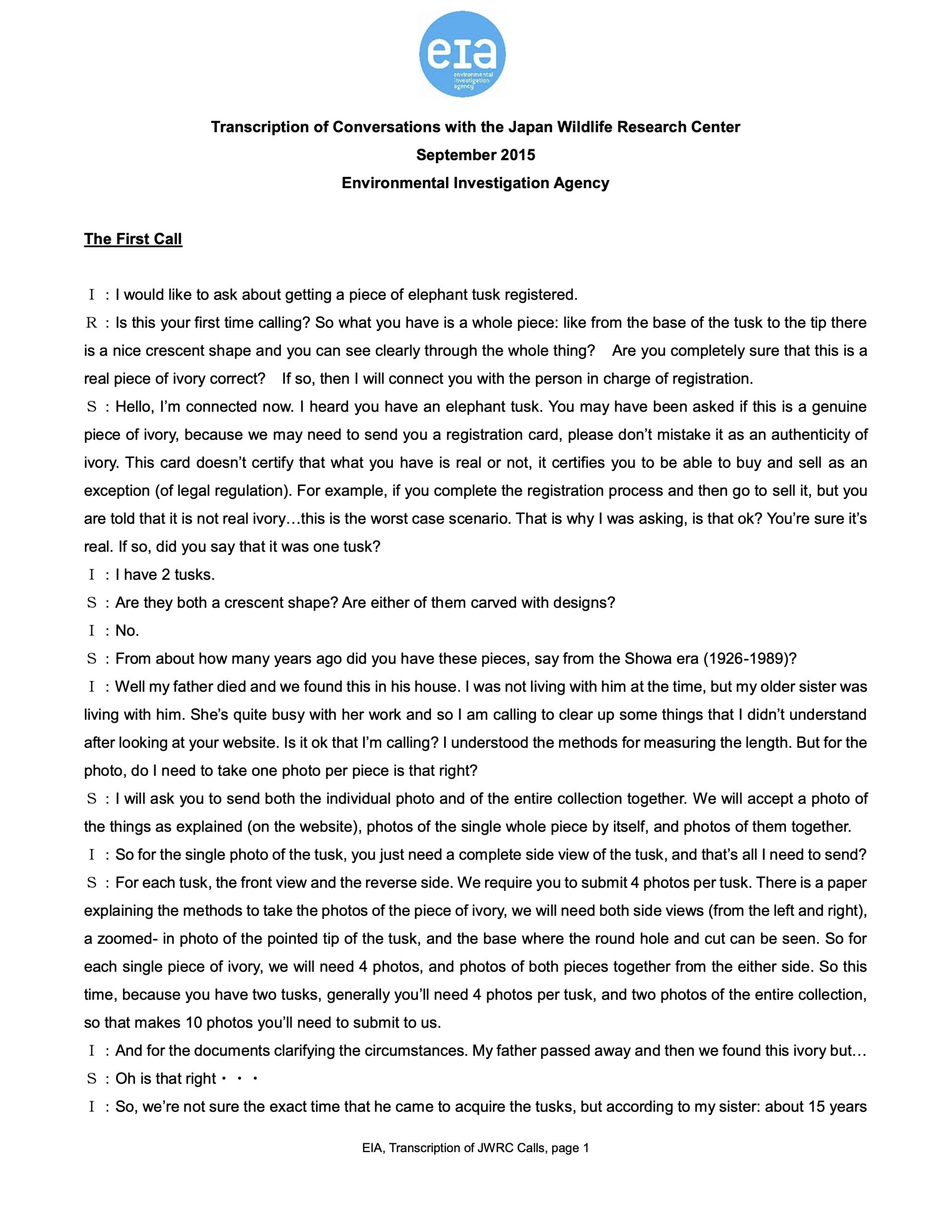