In an effort to staunch the illegal flow of its resources, Indonesia enacted a log export ban in September 2001and a sawn timber export ban in October 2004 (strengthened in February 2006). Despite these laws, U.S. trade data show that 1,570 shipments of Indonesian sawn timber, worth some $30 million,11 entered U.S. ports between November 2004 and November 2006: more than two shipments per day during that span. 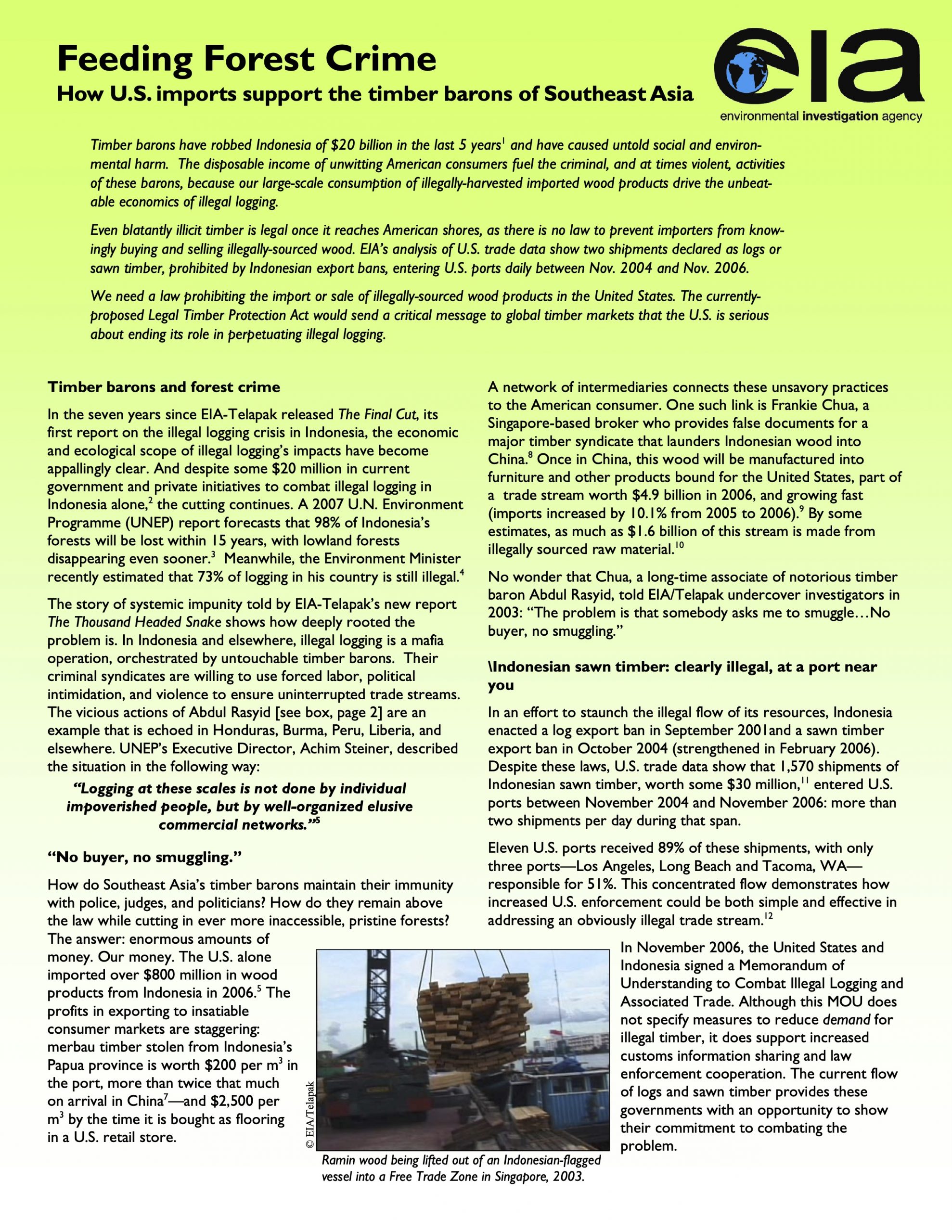