In response to international concern about major weaknesses in its domestic ivory control system and evidence of illegal ivory trade, recently the Government of Japan (GoJ) made changes to its domestic ivory control laws and associated programs and institutions. These purported improvements are outlined in Notification to the Parties No. 2018/0611 and SC70 Doc. 49.1 Annex 2.2. Unfortunately, Japan’s efforts fall drastically short of the dramatic reform that is required to remedy its deeply flawed ivory control system and, in practical terms, do nothing to prevent the illegal ivory trade that is flourishing in Japan’s domestic market.

In particular, fundamental problems persist with the whole tusk registration system, the core of Japan’s internal ivory trade control structure. The GoJ has never required adequate evidence of legal origin and legal acquisition of tusks presented for registration. The recent regulatory and policy changes do nothing to close this major loophole. In addition, there is still no meaningful control over cut pieces of ivory, internet trade in ivory continues to flourish, and ivory of dubious legality is entering the domestic market at an alarming rate. Japan has consistently been non-compliant with key components of CITES Resolution Conf. 10.10 (Rev.CoP17) since it was adopted and remains so even under the new amendments.

Japan’s domestic ivory trade regulations and its implementation of CITES requirements will come under careful scrutiny at the 70th meeting of the CITES Standing Committee held in Sochi, Russian Federation, from October 1-5.

Read EIA’s analysis of Japan’s amendments to their domestic ivory trade controls and recommendations to the Standing Committee with regard to Japan’s non-compliance with its CITES requirements. 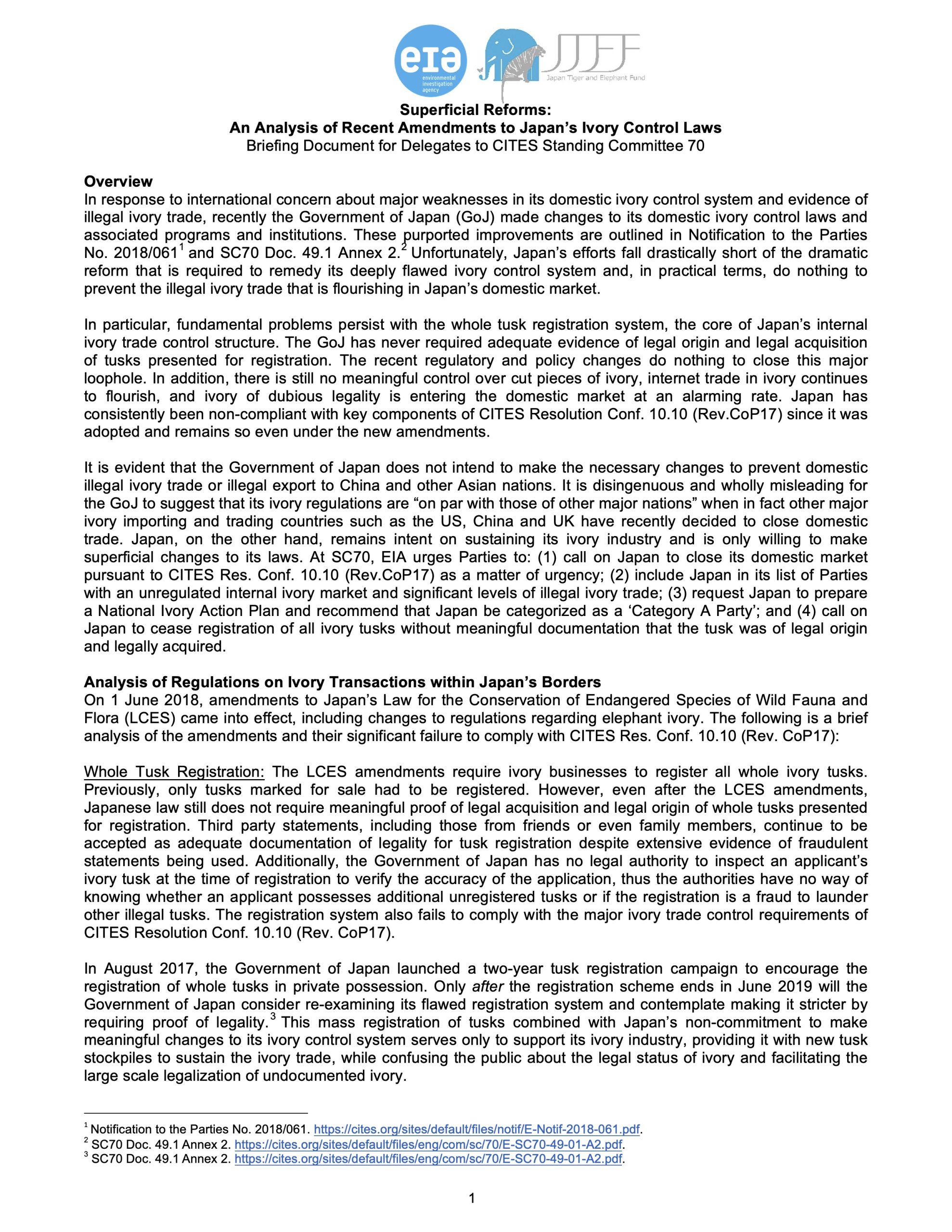