An EIA briefing for CITES SC67 and CoP17
The government of Madagascar has failed to fulfill its commitments under the 2013 Action Plan accompanying the listing of its populations of ebonies, palisanders, and rosewoods to Appendix II of the Convention on International Trade in Endangered Species (CITES).

Despite a logging ban put in place in 2006 due to critical declines in wild stocks, an export embargo since 2010, and the CITES Appendix II listings in 2013, the illegal harvest and smuggling of high-value rosewoods has continued in Madagascar. Despite substantial support from international organizations, the Malagasy government has failed to implement the key activities of the Action Plan adopted at CoP16, including a comprehensive stockpile assessment and effective enforcement measures against illegal logging and trade. Not a single timber baron has been successfully prosecuted to date. Local civil society and journalists continue to denounce the impunity and high-level corruption in the country despite increasing pressure from the government to remain silent.
Instead of acting to end the illegal trade, Madagascar has repeatedly requested to reopen the rosewood trade in recent years, and does so again in the document submitted to the SC67.

Member States gathered for the 67th meeting of the Standing Committee (SC67) and the 17th Conference of the Parties (CoP17) in Johannesburg must take strong measures and assist Madagascar to guarantee the conservation of these species now very rare in the wild, and still under pressure of illegal logging and related trade. 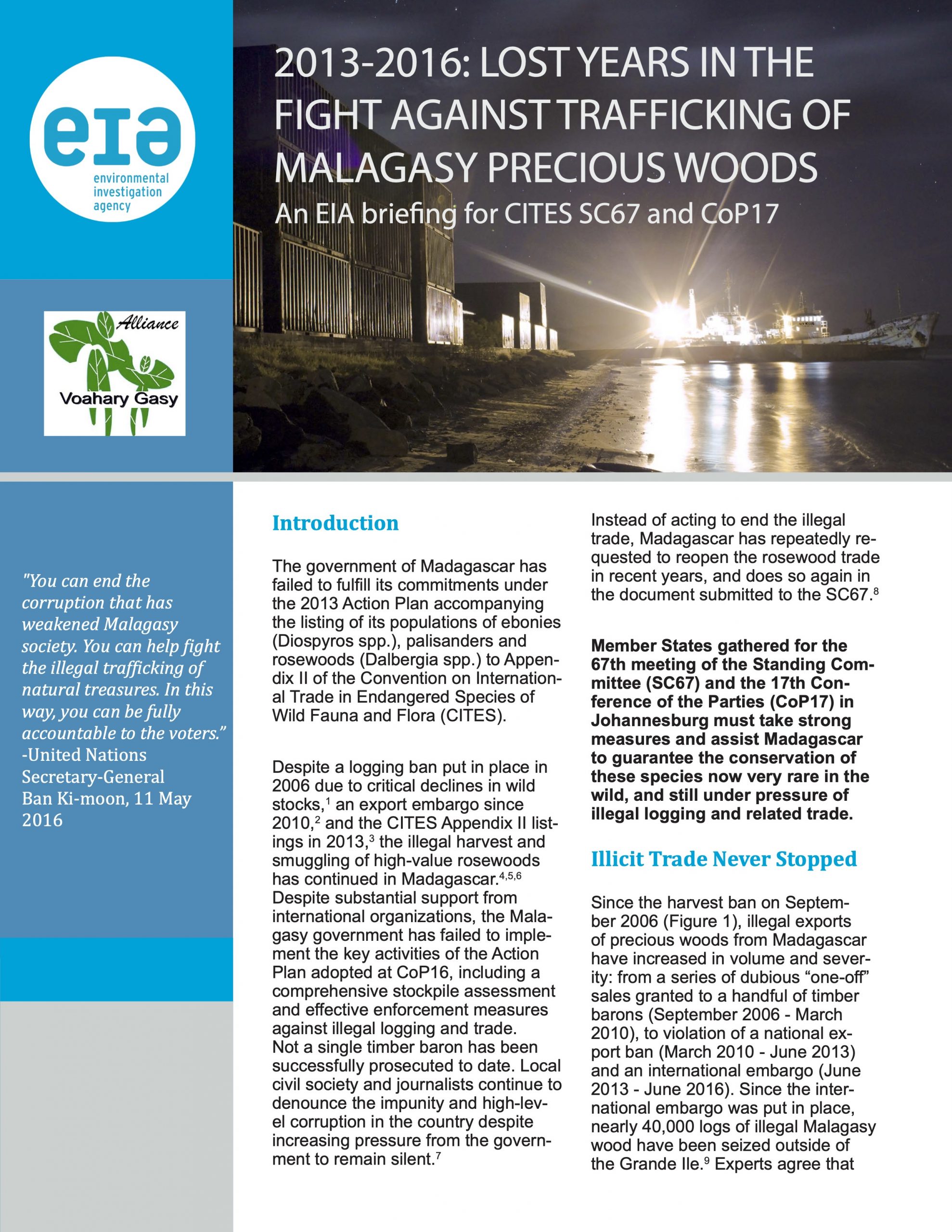