Launched in 2008, the FCPF was among the first multilateral funds to support countries in their efforts to reduce emissions from deforestation and degradation (REDD+). After eight years of financial support for REDD+ readiness, the first countries are finalizing national REDD+ strategies and seeking funding for investments to implement programs to reduce deforestation and degradation as well as the first multilateral performance based REDD+ results.

EIA’s report demonstrates that there are both significant shortcomings in the approach and rules of the FCPF, as well as constrains in the ability of the FCPF to influence business as usual lending by the World Bank, or business as usual development strategies by developing countries, so that opportunities to advance forest governance have been missed, and readiness efforts have been sidelined in favor of getting Carbon Fund programs underway.

Read EIA’s full report, Missing the Forest for the Carbon? A Critical Analysis of the FCPF Carbon Fund and Emissions Reductions Programs in Africa, here. The report includes four country case studies which include the Democratic Republic of the Congo, Republic of Congo, Madagascar, and Cameroon. 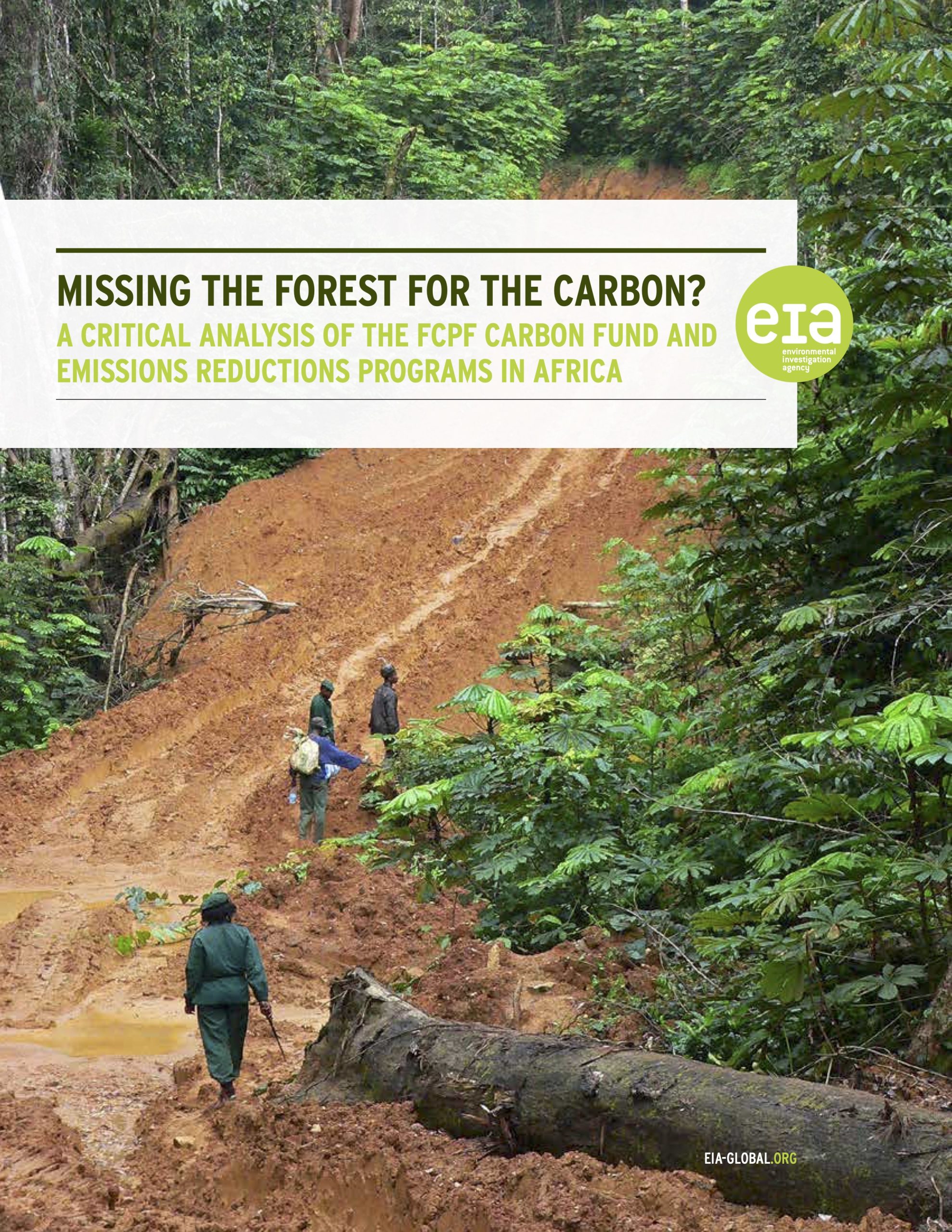