Mozambique has consistently failed to live up to its obligations under the CITES, which is designed to protect creatures such as rhinoceroses and elephants. Its own domestic population of rhinos was poached to extinction in 2013 and Mozambican nationals are responsible for slaughtering more than 1,800 rhinos in South Africa since 2010. This country is at the center of the rhino and elephant poaching crisis, which threatens the very survival of these species. 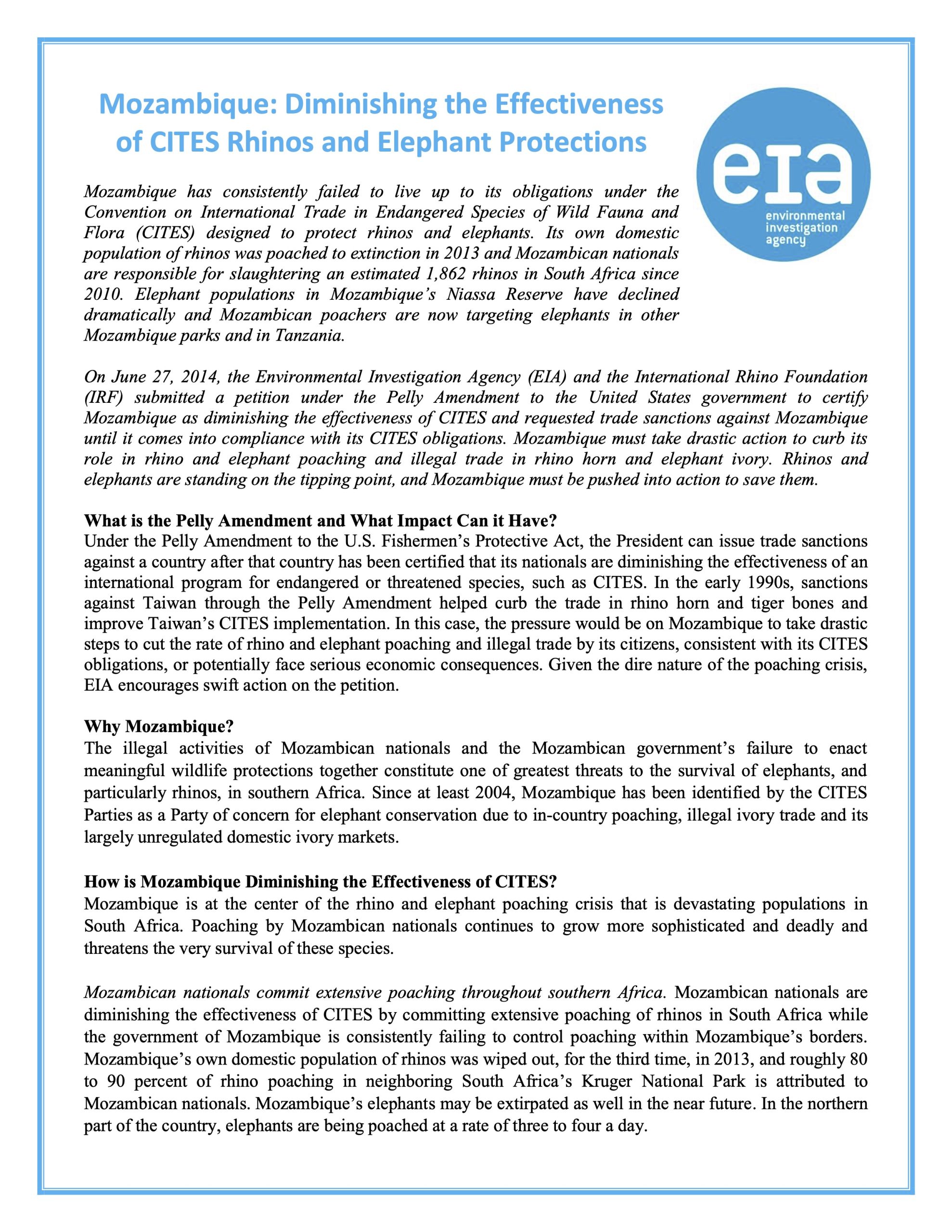