EIA filed a petition on December 21, 2012 under the Pelly Amendment to the U.S. Fishermen’s Protective Act to certify Vietnam as diminishing the effectiveness of the Convention on International Trade in Endangered Species of Wild Fauna and Flora (CITES) for illegal trade in rhino horn. Given the scope and depth of the illegal trade in rhino products by Vietnamese nationals, EIA urges the Secretary of the Department of the Interior to certify Vietnam and enact substantial trade sanctions until the Vietnamese government enacts meaningful wildlife protections. 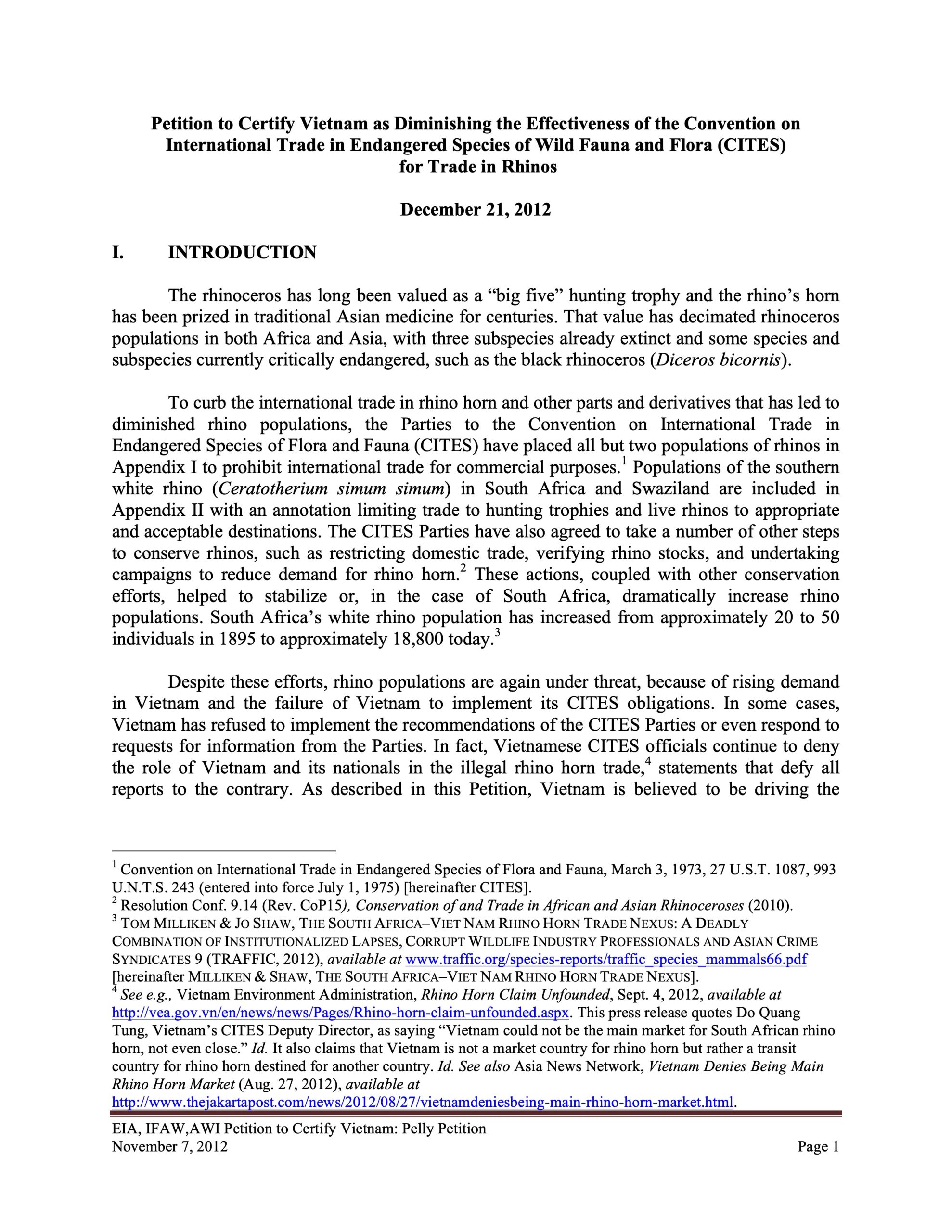