The global implementation of Montreal Protocol on Substances that Deplete the Ozone Layer over the last 21 years has successfully phased out the consumption and production of ozone-depleting substances by 97%. Since most ODS are “super” greenhouse gases with global warming potentials hundreds or thousands of times greater than carbon dioxide, this phase-out has had dramatic impacts on mitigating climate change. Unfortunately, once ODS are released onto the market, they are no longer regulated under either the Montreal Protocol or the Kyoto Protocol to the United Nations Framework Convention on Climate Change.

ODS that have been used over the past 50+ years still exist in equipment, such as refrigerators and air conditioners. ODS can also be found in insulating and other foams and in stockpiles of virgin, recovered and contaminated ODS. These ODS are collectively referred to as “Banks”. The IPCC and the TEAP estimated in 2002 that Banks contain approximately 20 billion tons of CO2 equivalents.They predict that approximately 6 Gt CO2-eq. will be released into the atmosphere during the period from 2011 to 2015 alone from the most easily accessible and destroyable Banks in refrigeration and air conditioning. Unless immediate action is taken, the IPCC and TEAP also predict that total direct emissions of emitted from Banks will reach 2.3 Gt CO2-eq. per year by 2015, which would erase all of the reductions in GHG emissions achieved under the Kyoto Protocol. 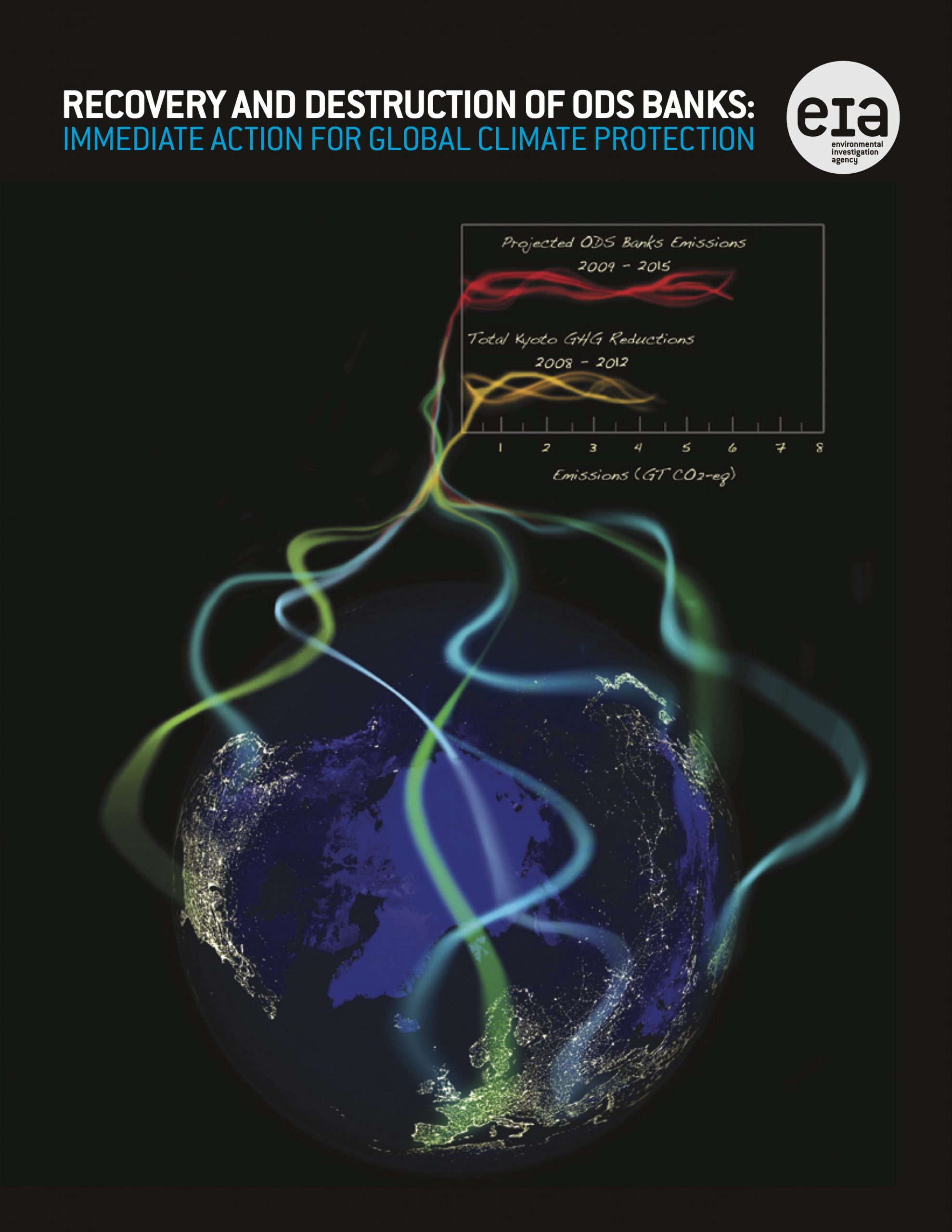