EIA has produced a joint briefing to encourage CoP18 to support the proposal submitted by Mongolia and the United States of America to transfer all saiga populations from CITES Appendix II to Appendix I to ensure international trade does not further contribute to the threats currently facing this species. We have also produced an Executive Summary to provide a concise overview of the threats to saiga that justify an Appendix I listing.

Saiga antelope once numbered in the millions, but today survive at less than 20 percent of their historic abundance across their range in Central Asia and are highly vulnerable to mass die-offs caused by disease outbreaks. For instance, in 2015 a bacterial infection killed more than 200,000 saiga in Kazakhstan, 62 percent of the total population, in only a few days, and a similar disease outbreak in Mongolia in 2016 reduced its already small saiga population to just 5,000 animals.

Saiga horn is widely consumed in East and Southeast Asia for its perceived medicinal benefits, and this demand fuels saiga poaching and illegal trade in their horn. All saiga range states have instituted voluntary bans on trade in saiga horn, so all saiga horn in trade and consumed today is supposed to be derived from stockpiles held by consumer countries such as China and Singapore that should have been acquired before these bans went into effect. However, the current total stockpile figures in consumer countries is unknown, as is the breakdown of pre-Convention specimens and specimens acquired after saiga were listed on Appendix II in 1994. 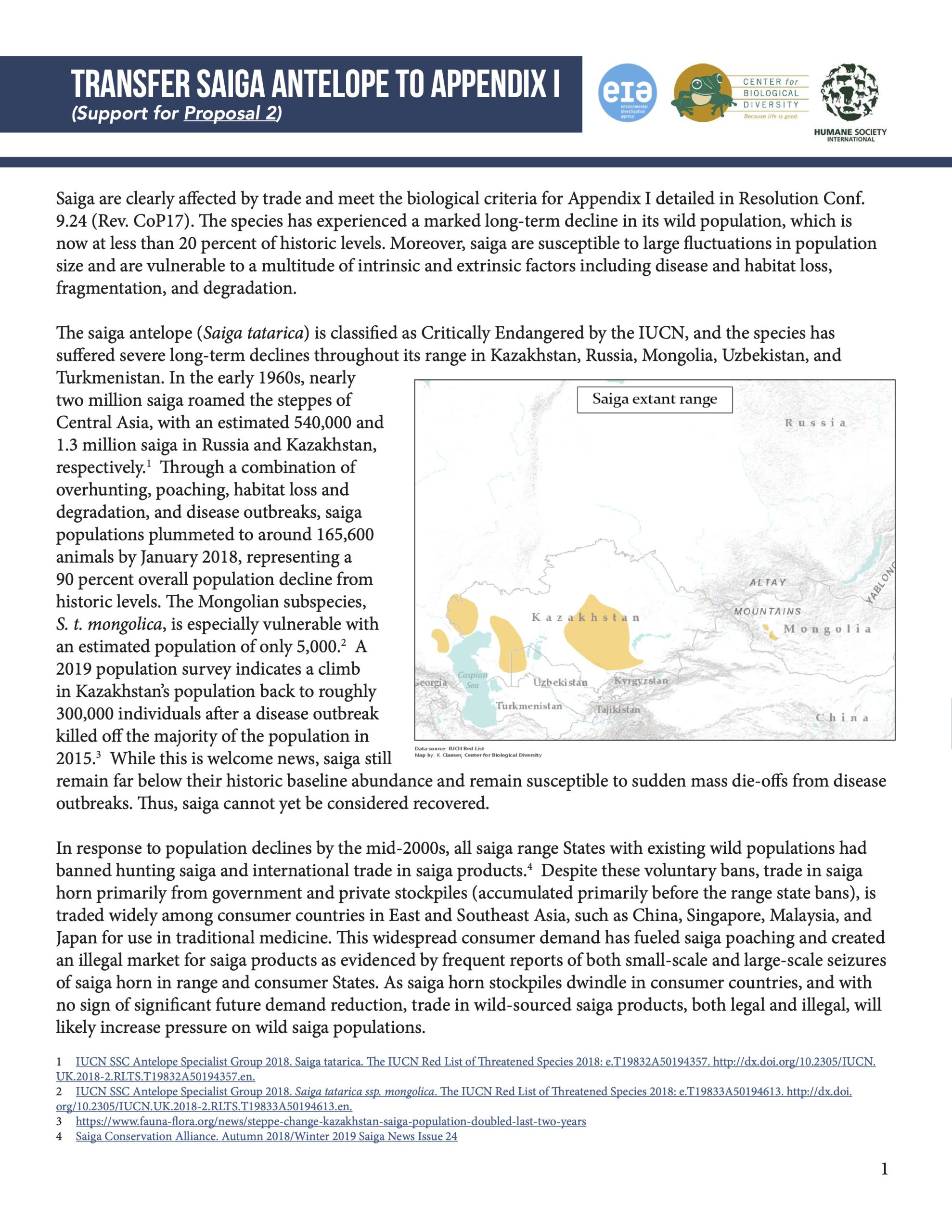