In recent years, Japan has been the subject of increasing scrutiny regarding timber imports from tropical forested countries, the legality of which has at times been questioned by environmental groups. However, Japan’s imports of timber from the temperate forests of eastern Russia, often indirectly via Chinese manufacturers, make up a sizable proportion of total wood product imports but have received less attention in recent years. Illegal logging is estimated to comprise at least 50% of total timber harvests in eastern Russia, with some estimates nearing 90%, and poses one of the gravest threats to both the region’s forest ecology and the future of the Russian forest products industry.

EIA investigations revealed that one of the largest Chinese importers of Russian timber, San Xia Economic and Trade Company (三峡木业有限公司, San Xia), knowingly purchased illegally harvested Russian pine deep inside Russia, and transformed this timber into finished products for export largely to the Japanese market. San Xia owns approximately 600,000 hectares of pine and larch forest in Siberia, operates multiple sawmills, and exports sawn pine lumber to its operations in China. San Xia representatives told EIA investigators that much of their Siberian pine is illegal in origin, bought off the black market from small brigades of Russian illegal loggers, and exported using falsified permits.

EIA followed this timber across the border into China to San Xia’s sawmill in Manzhouli on the Russian border, and onwards to the port city of Dalian. In Dalian, San Xia manages two factories, making beds, cabinets, chairs, and tables from pine and ash cut in the Russian Far East and in Siberia. Much of their Siberian pine is also manufactured into structural timber, exported primarily to Japanese trading companies. San Xia officials in both Manzhouli and Dalian independently stated that approximately 90% of their finished products are exported to Japan. In Japan, much of this timber is purchased by housing manufacturers for us in timber-frame houses across the country. Siberian pine directly competes with Japanese domestic timber. Illegal sources artificially depress prices globally and put for Japanese forest holders at a competitive disadvantage.

As this investigative report reveals, the current voluntary approach in Japan is failing to prevent illicit timber from entering Japan’s markets. While Japan, the fourth largest consumer of wood products globally, was once considered a leader in global efforts to tackle illegal logging, it has now fallen behind other developed countries by failing to adopt enforceable measures to prevent imports of illegally sourced wood and wood products. Japan must take decisive and immediate action to close its market to the cheap, illegal timber that is undercutting both its domestic forestry operations as well as the forests and livelihoods of its trading partners. The time has come for Japan to join ranks with other developed nations to support legal forest production both overseas, and at home. 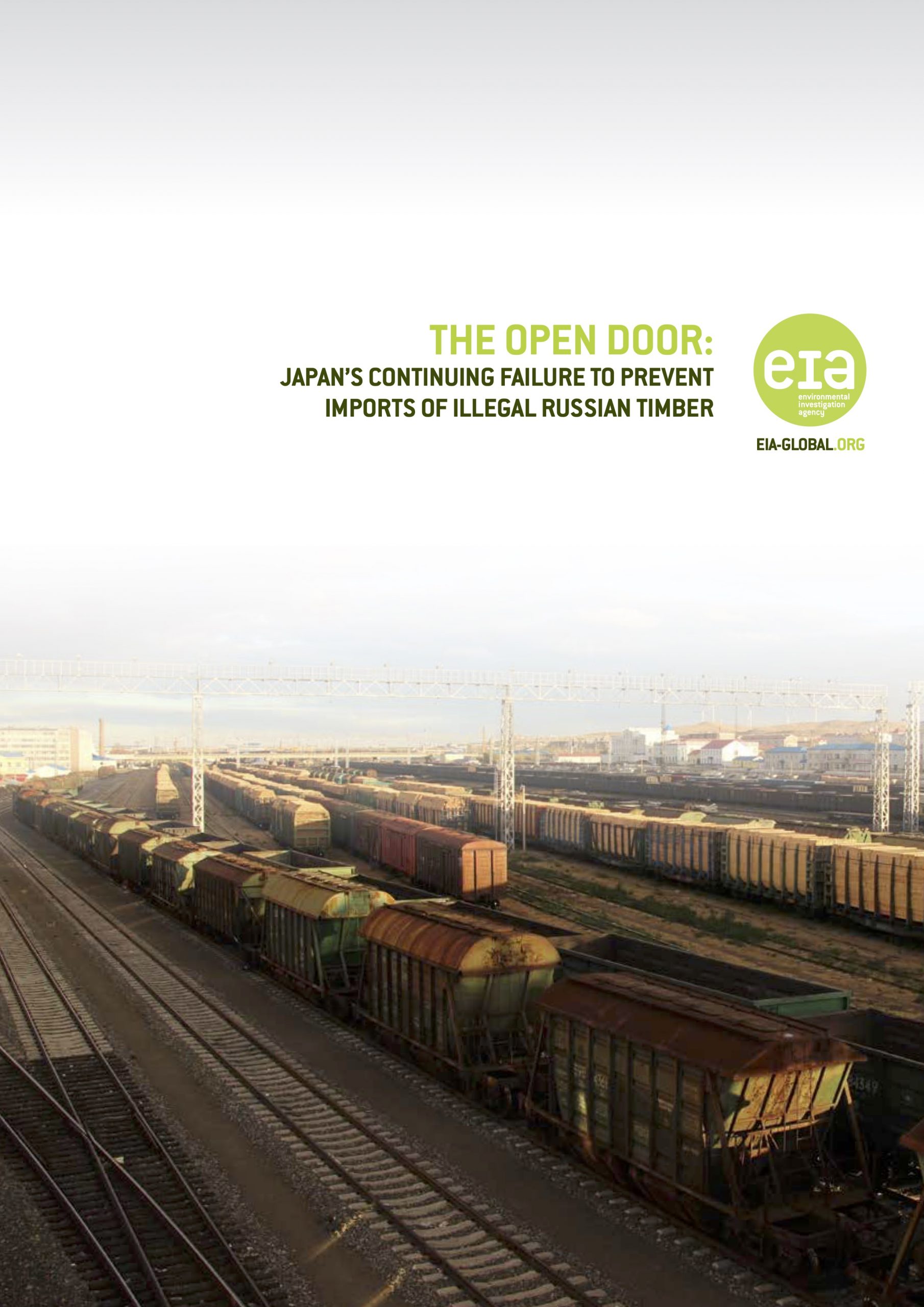 We use cookies to give you the best experience on our website. By using this site, you have agreed to the use of cookies.I AGREE