Read the full report.
Visit the interactive website.
The results of a two-year investigation by EIA, The Rosewood Racket details the journey of illegal African rosewood, also known as “kosso,” from the remote forests of Nigeria beset by illegal logging to luxury furniture boutiques in China, despite protections placed on this threatened tree species by the Convention on International Trade in Endangered Species of Wild Fauna and Flora (CITES). The EIA video reveals the international transnational criminal network at work behind one of the largest timber smuggling operation in history. The full story is also displayed in an exclusive EIA animated web-page.

Over the past five years, the exploding Chinese demand for kosso has triggered a series of “boom-and-bust” cycles that led to the depletion of forests across West African nations. In most of the countries, kosso has been illegally logged in violation of harvest and log export bans, and even in protected areas. Precious trees have been laundered into the international market through regional smuggling routes, using mis-declaration and falsification of official documents. The boom began in Gambia and Benin, but as the supply in those countries was exhausted in just a few short years, the Chinese traders rapidly moved on through other countries in the region before settling on the one offering the largest untapped resources – Nigeria.

Since 2013, Nigeria has been transformed from a net importer of logs into the world’s largest exporter of rosewood logs, and is to date one of the top wood exporters on the continent. The unprecedented and uncontrolled level of logging across the country is causing desertification, imperiling the livelihoods of millions of people, and threatening national parks and endangered emblematic species such as the most vulnerable chimpanzee in the world (Pan troglodytes ellioti).

Kosso was added to Appendix II of CITES in 2016, meaning that logging and trade must be strictly controlled and kept at sustainable levels. The results of the new EIA investigation show that the enforcement of the Convention faces serious challenges when dealing with transnational criminal networks. The report shows how Sino-Nigerian criminal networks took advantage of an obsolete and obscure permitting system to launder illegal wood using CITES paperwork.

EIA investigators found that Mrs. Mohammed, as one of her last acts as Nigerian Minister of Environment, allegedly signed thousands of retroactive CITES permits in January 2017 to free over 1.4 million illegal logs that had been detained at the Chinese border for months – just days before she was sworn in as in the Deputy Secretary-General to the United Nations. 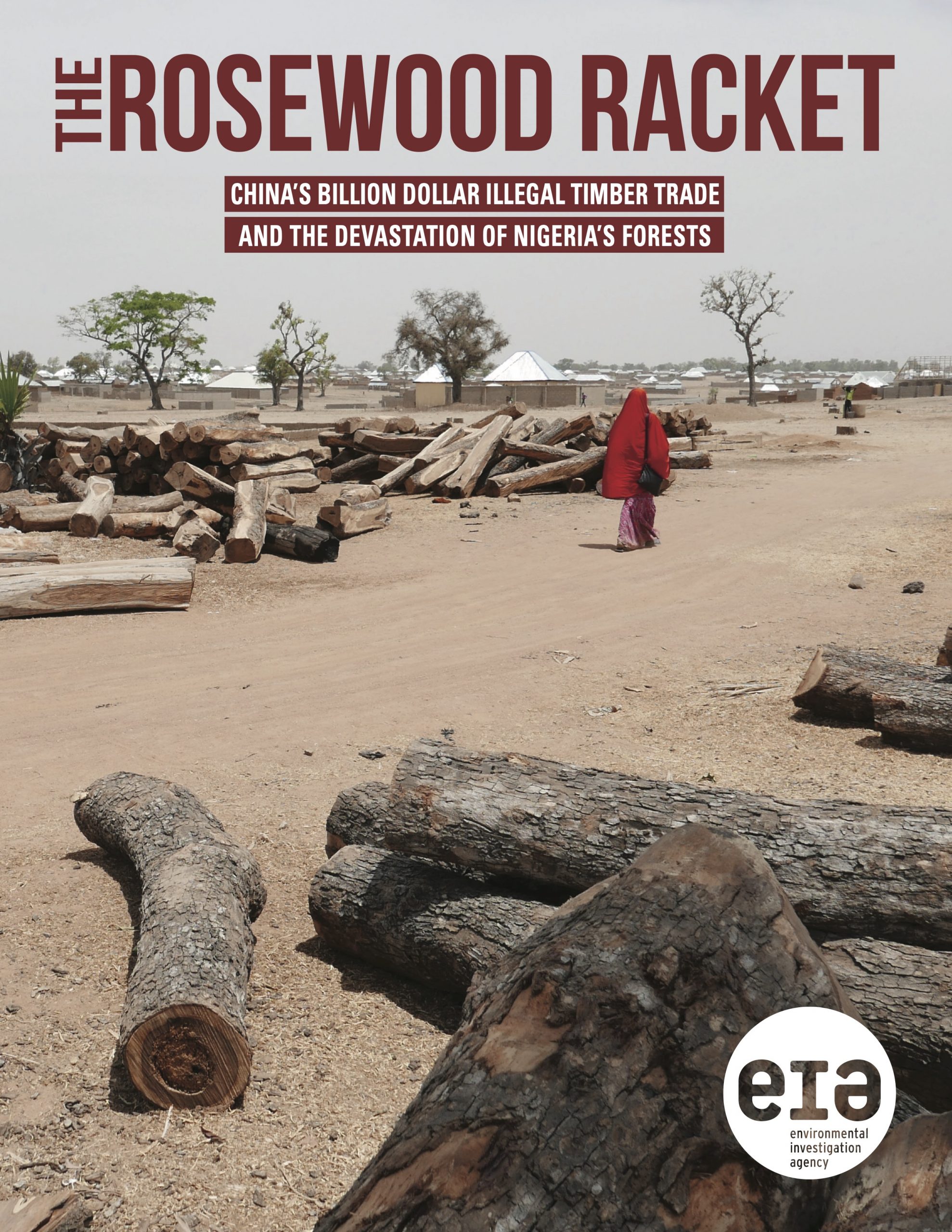