In preparation for the Convention on International Trade in Endangered Species (CITES) 66th Standing Committee meeting, EIA has produced the following briefing, Time for Action: An EIA briefing on illegal logging and related trade of precious woods for CITES SC66.

The illegal harvest, trade, and export of ebonies (Diospyros spp.), palisanders and rosewoods (Dalbergia spp.) continue to devastate the unique ecosystems of Madagascar and the livelihoods of forest-dependent peoples. Despite listing of the island’s populations of these species on Appendix II of the Convention on International Trade in Endangered Species of Wild Fauna and Flora (CITES) in March 2013, Madagascar has made insufficient progress on key elements of the Action Plan it agreed to under this listing. 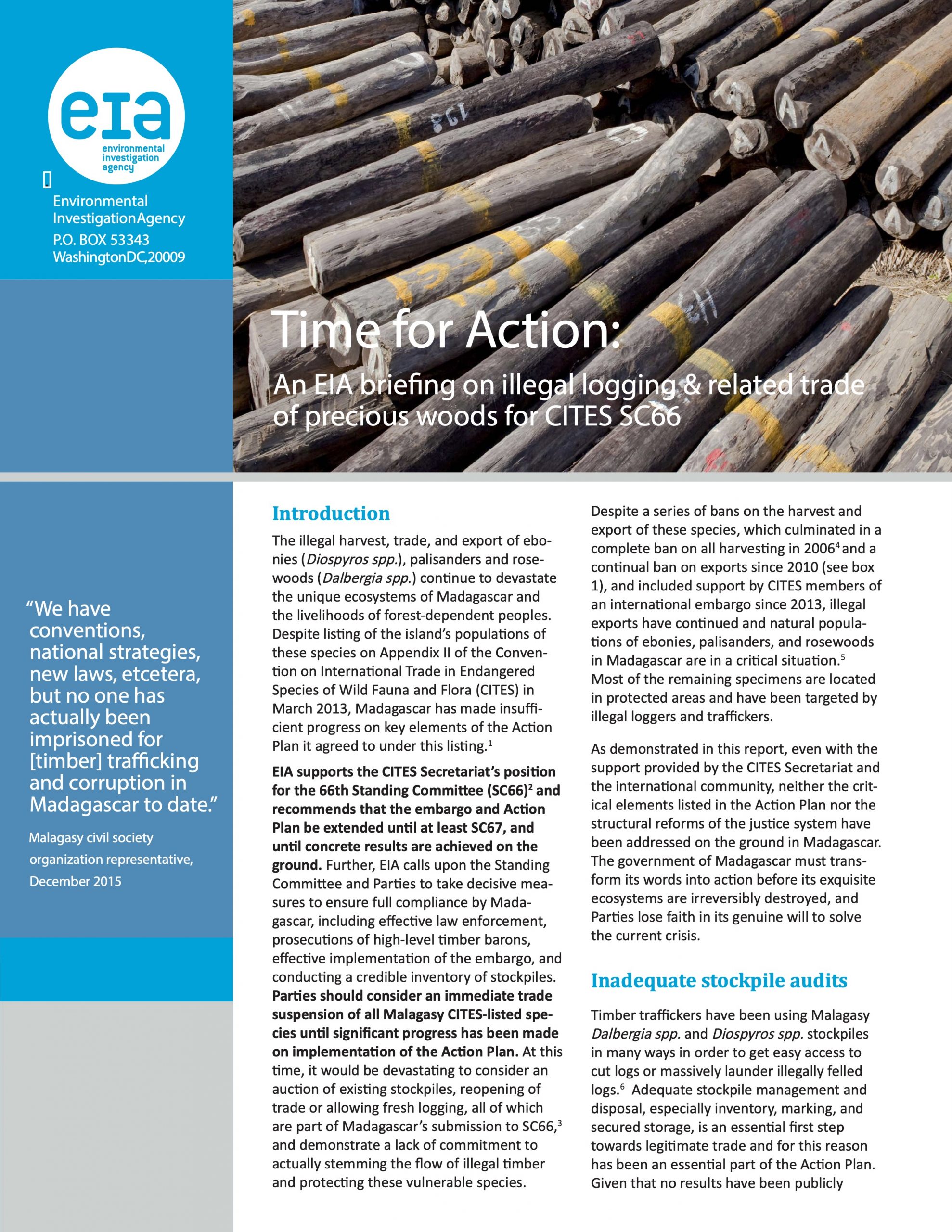